The Worst DA in Wisconsin (no surprise he's a Republican), and He's Warning teachers He'll Arrest them for Contributing to minors for teaching Sex Ed. 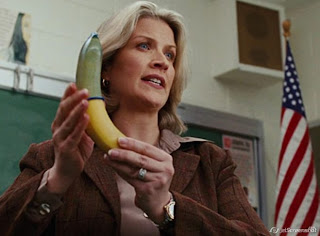 Where the hell did this guy come from, and even more worse, how the hell did he get elected? I'm talking about DA Scott Southworth.

"Forcing our schools to instruct children on how to utilize contraceptives encourages our children to engage in sexual behavior, whether as a victim or an offender," he wrote.

Rep. Kelda Helen Roys (D-Madison), who helped write the new law, said Southworth's letter was irresponsible and that it was laughable to think teachers could be charged for telling students how to use contraception. "Using condoms isn't a crime for anyone," she said. "This guy is not a credible legal source on this matter, I'm sorry to say. His purpose is to intimidate and create enough panic in the minds of school administrators that they'll turn their backs on young people and their families."

Any highly educated adult would laugh in Southworth's face and vote him out of office next time around, but no, do we know our spineless, easily intimidated school administrators or what?

Tom Andres, superintendent of the New Lisbon School DistrictAndres said district officials are studying Southworth's letter and will consider it in the coming months as they decide what to do.

Could there really be any other answer but, "go to hell you legal hack."

Southworth says in his letter "If a teacher instructs any student aged 16 or younger how to utilize contraceptives under circumstances … where the 'natural and probable consequences' of the teacher's instruction is to cause that child to engage in sexual intercourse with a child - that teacher can be charged under this statute" of contributing to the delinquency of a minor.

He disputed claims by Roys that he was inciting fear in teachers or trying to promote his political views, saying he had an ethical obligation to tell districts his interpretation of the law.

If this is how Southworth interprets law, the district has every reason to toss this whack job out of office.
Posted by John Peterson, Democurmudgeon at 4/07/2010 12:09:00 AM