Republicans Tout their "Hope for Failure" Campaign for Upcoming Elections.

Radio host Scott Hennen confirmed to all of us that Republicans care more about Obama failing as president, than how that failure will end up harming Americans. It's a twisted death wish for America.

This is the philosophical difference between the parties. I didn't hope Bush policies failed, but had a nagging feeling that they would, and that he was about to destroy our economy. If Bush policies had worked, the debate would have changed, to who's ideology best serves the public interest.

But to hope for failure, and the pain and suffering that goes with it, exposes the cruel streak in conservative politics, and its win at all costs game of politics.

To add insult to injury, Hennen then plays the victim of liberal criticizism, or "smeared" as Michele Bachmann puts it, for taking such a position. Hennen and Bachmann couldn't be clearer in the radio exchange below: 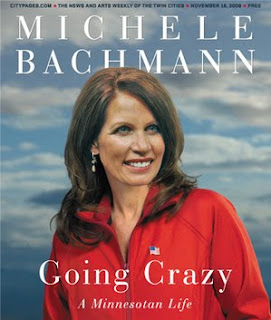 Hennen: "I’m proudly accepting that label of rooting for failure for his policies, not for any one personal individual or anything else, but, I mean, should we, is that what Republicans are doing? Are we rooting for failure? Is David Axelrod right?"

Bachmann: "We’re, we’re, we’re hoping that President Obama’s policies don’t succeed, exactly as you said. And of course, David Axelrod unfortunately seems to be wanting to smear people who disagree with the president. We’ve seen that over and over at Tea Party events, at gatherings where people say, “look, I don’t like this idea of out of control spending and accumulating deficits that our kids have no possibility of paying back.” And to think that those of us, we who disagree with that very ill-thought out idea are being smeared, I think that’s really wrong."

When Bush was criticized by minority Democrats, they were ignored and discounted as "Bush haters." Do Republicans hate our illegitimate, Kenyon, Muslim, socialist, black, racist, terrorist sympathizer, fascist commander and appeaser?