It's nice to see that traditional news reporting lives on at McClatchy News. This is a great report on the latest conservative assault; rewriting history.

The most ballyhooed effort is under way in Texas, where conservatives have pushed the state school board to rewrite guidelines, downplaying Thomas Jefferson in one high school course, playing up such conservatives as Phyllis Schlafly and the Heritage Foundation and challenging the idea that the Founding Fathers wanted to separate church and state.
In articles and speeches, on radio and TV, conservatives are working to redefine major turning points and influential figures in American history, often to slam liberals, promote Republicans and reinforce their positions in today's politics.

The Jamestown settlers? Socialists. Founding Father Alexander Hamilton? Ill-informed professors made up all that bunk about him advocating a strong central government.
Theodore Roosevelt? Another socialist. Franklin D. Roosevelt? Not only did he not end the Great Depression, he also created it.

Joe McCarthy? Liberals lied about him. He was a hero.

"We are adding balance," Texas school board member Don McLeroy said. "History has already been skewed. Academia is skewed too far to the left." McLeroy was defeated in a recent primary after he led the campaign for a more conservative version of history, a defeat that the

Reaching for an example of how bad socialism can be, former House of Representatives Majority Leader Dick Armey, R-Texas, said recently that the people who settled Jamestown, Va., in 1607 were socialists and that their ideology doomed them. "Jamestown colony, when it was first founded as a socialist venture, dang near failed with everybody dead and dying in the snow," he said in a speech March 15 at the National Press Club.

It was a good, strong story. It was not, however, true. The Jamestown settlement was a capitalist venture financed by the Virginia Company of London — a joint stock corporation — to make a profit. The colony nearly foundered owing to a harsh winter, brackish water and lack of food, but reinforcements enabled it to survive. It was never socialistic. In fact, in 1619, Jamestown planters imported the first African slaves to the 13 colonies that later formed the United States. 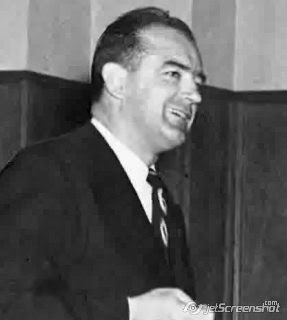 Labels: History
Email ThisBlogThis!Share to TwitterShare to FacebookShare to Pinterest