With The Rising Number of Low Income Poor People, Why Shouldn't they Pay More in Taxes? say Tax Cutting Republicans. 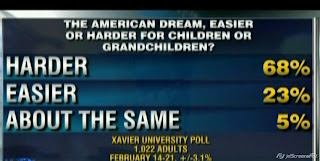 With taxes on the middle class at a 50 year all time low, I felt sad for America when I heard read this story the other day:

The Tax Policy Center, an independent tax research organization, estimates that 47 percent of all U.S. households will pay no federal income tax for 2009. The center speculates that it’s a result of a large number of low-income families and those getting tax credits.

Wait a minute! What their estimate is telling me is that we have a wage problem in this country. Too many families now are not making enough, not getting ahead that is, and therefore pay fewer taxes because they're dirt poor. That's bad news. But to hear the conservative media report it, poor families who are desperately falling behind aren't pulling there weight. Oh, and don't forget about that huge wave of baby boomers collecting Social Security checks.

A note to Schlafly, according to jsonline: "Terrence Wall, a Madison developer (and millionaire), defended his record of paying no personal state income taxes for several years, saying he took advantage of legal tax breaks recommended by his accountant." And my guess is he's not trying to "spread the wealth" either. A recent study found that nearly two-thirds of U.S. companies don't pay federal taxes. Funny, no ones included them in the discussion.

According to The Heritage Foundation, the top 1 percent of income-earners paid 40 percent of all federal income tax, in 2007.

Wait a minute! What that tells me is the wage disparity is growing wider, concentrating wealth at the top 1 to 3 percent. Sure they pay taxes, but they make hundreds of times what average Americans do. But to hear conservatives whine about this in the media, you would think the wealthy are somehow "shouldering" the "burden."

Scott Hodge, president of the Tax Foundation, said that means a select group of Americans is shouldering an incredible financial burden. “Does it make sense to have a majority of Americans get more from government than they’re paying in taxes – to have no skin in the game anymore?” he asked.

Wait a minute! The fact that people don't make enough to pay taxes is no reason to believe they "have no skin in the game anymore." They do have families to raise, bills to pay, a job to do and a life to live. Isn't that "skin in the game?" What the hell are these greedy bastards talking about?

Hodge said, “Far too many Americans now get tax credits. They get a check back even if they don’t pay any income taxes.”

Wait a minute! I hope Republicans run on this platform. Isn't it about time to make these low income parasites, pay out of their meager salaries, a whole lot more in taxes?

Jon Stewart said it best recently on the Daily Show: 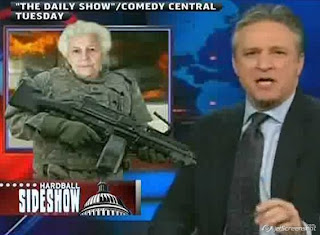