Did you notice the veiled racism and sexism in Republican gubernatorial candidate Mark Neumann's ad?

Mark Neumann says in his radio ad a number of times:

Or put another way: "Hey angry white guys...you don't want a (black) president and (woman) House majority leader to tell you to buy health insurance, do you?"

What Neumann doesn't want to say is that we also have a (white) male majority leader in the senate. His name is Sen. Harry Reid. In fact, Health care reform is the senate bill with tweaks, and has more to do with Reid than either Obama or Pelosi.

But that's not the point in Neumann's ad below: 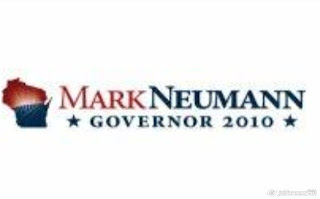 Labels: Racist
Email ThisBlogThis!Share to TwitterShare to FacebookShare to Pinterest