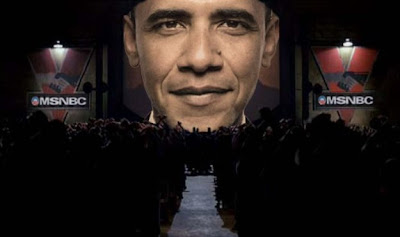 So where did you think all of this was going?

Right now, polls show the public is seriously considering putting the guys who tanked the economy and wiped out 4 million Americans jobs, back in control of the government.
The last straw; giving people access to affordable health care. It's time for an armed revolt.
With the help of the tea party movement, Republicans have stoked the anger and ant-government crazies to offer up their final solution, a way to save their country from the liberal cancer Glenn Beck warned us about.

AP - Frustrated by recent political setbacks, tea party leaders and some conservative members of the Oklahoma Legislature say they would like to create a new volunteer militia to help defend against what they believe are improper federal infringements on state sovereignty … several supportive lawmakers hope to get legislation next year to recognize a new volunteer force. They say the unit would not resemble militia groups that have been raided for allegedly plotting attacks on law enforcement officers.

"Is it scary? It sure is," said tea party leader Al Gerhart of Oklahoma City, who heads an umbrella group of tea party factions called the Oklahoma Constitutional Alliance. "But when do the states stop rolling over for the federal government?"

Even the proponents say they don't know how an armed force would be organized nor how a state-based militia could block federal mandates. Critics also asserted that the force could inflame extremism, and that the National Guard already provides for the state's military needs.

"Have they heard of the Oklahoma City bombing?" said Joseph Thai, a constitutional law professor at the University of Oklahoma. Such actions could "throw fuel in the fire of radicals," he said. But the militia talks reflect the frustration of some grass roots groups seeking new ways of fighting recent federal initiatives, such as the health reform plan, which requires all citizens to have health insurance.

Providing health care for every American citizens is the driving force to behind a possible armed revolt against the government? It wasn't the war of choice, allowing 9/11 to happen, running up a $1.2 trillion budget deficit, wire tapping phones, torture, tanking the global economy, secret meeting to develop U.S. energy policy, politicizing the justice department and supreme court, corruption and corporate campaign influence.

State Sen. Randy Brogdon, a Republican candidate for governor … believes the citizen unit would be authorized under the Second Amendment to the Constitution. The founding fathers "were not referring to a turkey shoot or a quail hunt. They really weren't even talking about us having the ability to protect ourselves against each other," Brogdon said. "The Second Amendment deals directly with the right of an individual to keep and bear arms to protect themselves from an overreaching federal government."

"It's not a far-right crazy plan or anything like that," Berry said. "This would be done with the full cooperation of the state legislature."

Below, Chris Matthews talks to Al Gerhart, who basically admits the "regulated militia" proposal is symbolic. Despite Gerhart's wildly contradictory statements, he comes across as a more reasonable person, who recognizes the problems of forming a militia and the illogic of trying to protect Oklahoma from an over reaching federal government. If the whole idea wasn't so crazy, I'd feel a little sympathy for Gerhart's point of view. 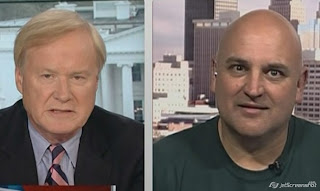