Good news for Rob Zerban, a serious candidate to aggressively challenge and unseat Rep. Paul Ryan, the world is now watching and contributing. 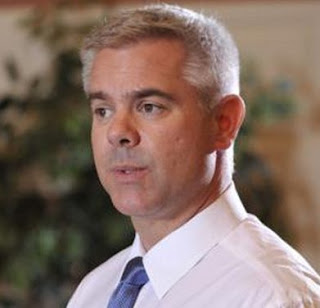 International Business Times: Less than two days ago, Rob Zerban was a relatively unknown Wisconsin Democrat running for Congress with little financial backing ($200,000 or so in campaign cash on hand as of Sept. 30). Now, his odds have at least marginally improved, though how good can the chances of beating one of the most powerful Republicans in the nation get? "Who is Rob Zerban???" An understandable response. The guy is, after all, running as the Democratic alternative to (Ryan).

But the incumbent also faces the ire of an emboldened online community set on using the blunt force of an Election Day loss to change the Congressman's mind on key legislation (SOPA).

Zerban walked into his campaign office on Thursday morning to find emails and phone calls, volunteers and donors coming out of the woodwork. All he did was host a Q&A session on the online aggregating site Reddit ... the hive-like online community can be easily riled, quick to make up its mind ... Following OWS, Congress served up two bills that drew an online backlash: the Stop Online Piracy Act (SOPA) and the National Defense Authorization Act (NDAA). The pushback led to calls for a boycott of GoDaddy to punish its advocacy of SOPA. GoDaddy eventually blinked and withdrew its support … online activists to switch to the political realm … and landed on Ryan.

Reddit took to Ryan like a termite swarm to a rotting log. In less than 24 hours, they managed to: break down Ryan's campaign contributions; dig up a HuffPo post of a man getting arrested after protesting at a Ryan event; request submissions for a logo; have a Q&A session with his opponent; cultivate a list of his donors for possible boycott; and cull together his voting record. They even adopted a name: Operation Pull Ryan (OPR). Ryan's camp scrambled to dispel the notion that the Congressman supports SOPA … Too late.

To be clear, Ryan never said he didn't or did support SOPA, which most likely means he's for it.

Zerban casually responded to a Reddit user's email regarding SOPA. The discussion, and speed with which he responded, led to a surprise bump in interest and suggestions he take a look at Reddit. The candidate hosted an Ask Me Anything (colloquially known as AMA) … Yes, he's against SOPA and parts of NDAA. End the prohibition of marijuana? Yup. He supports publicly-funded elections. Bingo.

Never mind whether or not he actually stood a chance, they'll give him a chance. He went on to join the anti-GoDaddy cause, pulling his own site from the company. For now, Zerban is as much the hero in the story as Ryan is the nemesis … said a Reddit moderator … "Our interest in Rob Zerban is solely this: If Paul Ryan is not ready to agree with us on these issues, we're ready to help him find a new job," the moderator said.

Take a look at a sample back and forth from Zerban and Reddit here at Rock Netroots.