There's really no other way to interpret J. B. Van Hollen's decision not to be a part of the John Doe investigation of Walker cronies and staff. Check this out from jsonline's Dan Bice: 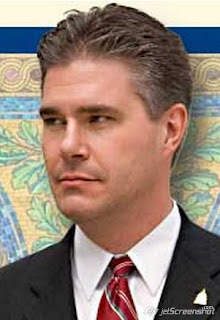 Top investigators at the state Department of Justice wanted to keep out of a secret investigation of current and former aides to Gov. Scott Walker, newly released records show. "This is one to try and stay away from. I can't see any good coming from it," Ed Wall, head of the department's Division of Criminal Investigation, wrote in a Nov. 15, 2010, email. “Absolutely," responded David Spakowicz, director of field operations for the division's eastern region.

It also seems there's a divide as to who J.B. will work with:

But get this bit of hypocrisy: