Republicans Tearing Down Reality: Down the Rabbit Hole Logic, and “Muddying the Waters” on Big Oil Subsidies. 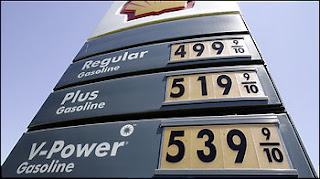 I don’t even know where to start on this one:

WKOW: Republicans are calling President Barack Obama's call to end tax breaks and subsidies for oil companies a ploy to introduce a tax increase that they say would end up costing jobs.

Huh? The tax increase aside (are they hallucinating?), with Big Oil and the help of Wall Street speculators raking in obscene global profits on $4 a gallon gas at the pump, stopping tax payer assistance to these companies would...cost jobs?
Remember when prices were at $2.95 a gallon, and Republicans criticized Obama’s cap and trade proposal as a job killer because it would increase prices at the pump, among other things? Have Big Oil and speculators been criticized by the Republicans for KILLING JOBS? NO!

Obama's call for oil company tax breaks to end comes as these companies are raking in booming profits, and while gas prices are surging toward record highs.

Stepping through the looking glass, Oklahoma Rep. Jim Lankford “muddied the waters” with this:

In the weekly GOP radio and Internet address, Congressman Lankford says that Obama's plan will "hurt the everyday consumer of energy" in addition to putting jobs at risk.