The Media Enablers: Why the “right” is never quite wrong. The Party of Economic Martial Law Advances.

Here are a few examples, just today, that prove my point; this is why really bad government policy favoring wealthy business interests continues to win favor among voters.

Wsj: “He deserves credit for the courage he has shown on the budget,” said Charles Franklin, UW-Madison political science professor.

Franklin’s “deserves credit” comment is cartoonish, part of the pundit media praise that has long since been lampooned as vacuously absurd. These piles of "stinking praise" have been dispelled by the brutally cold hard draconian facts.
I still can’t get over this bizarre commentary:

Wsj: …the Dane County Young Republicans take state Rep. Brett Hulsey to task for a message he left on his Facebook page … (about) a recent visit to the Oklahoma City memorial site … (where he stated) “It was very moving and a strong reminder of why we fight those who attack public servants. They attack all Americans and the core value of American: freedom.” 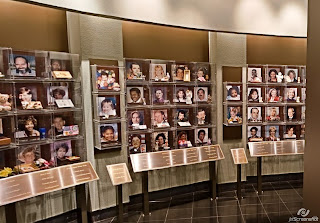 The Young Republicans read that as an unfair slam on Gov. Walker … comparing Walker to the bomber, Timothy McVeigh … (writing) “By the way, you know who else totally enjoyed visiting the Oklahoma City Bombing memorial? Hitler.”

Reporters Clay Barbour and Mary Spicuzza’s response? After complementing the Young Republicans for its sarcastic tone, with an outlandish comparison to the Daily Show, they wrote:

No matter which side you come at this from, we here at On the Capitol think it’s more proof that hyperbole is getting people into trouble these days.

That’s right, criticizing anti-government conservative who bombed the Federal building (or flew a plane into an IRS building in protest), is “hyperbole.” Brett Hulsey’s comment is the same as the Young Republicans obtuse “Hitler” jab (which I still can't figure out).
What part of Hulsey’s comment opened itself up to parody is the real question?


And finally, Sen. Ron Johnson is still going unchallenged in the media, even after dumb ass comments like this:

Oil is a GLOBAL MARKET, it won't lower the local pump price. It only adds to Big Oils bottom line, at our expense.