Walker knows better than 58% of Wisconsinites who want Medicaid Expansion, and better than 53% who want Governor to plan for a State Health Care Marketplace!!!

During Scott Walker's "flip flop excuses tour," we discovered Walker's real weakness, and the origin of every one of his great ideas; he's listening to the people. That's his problem?

“I think the key is if you've listened to people and you have a valid argument for why you've done it—we've laid out exactly what we've done—but I think people want strong leaders and they want leaders who’ll listen to the people,” he said. 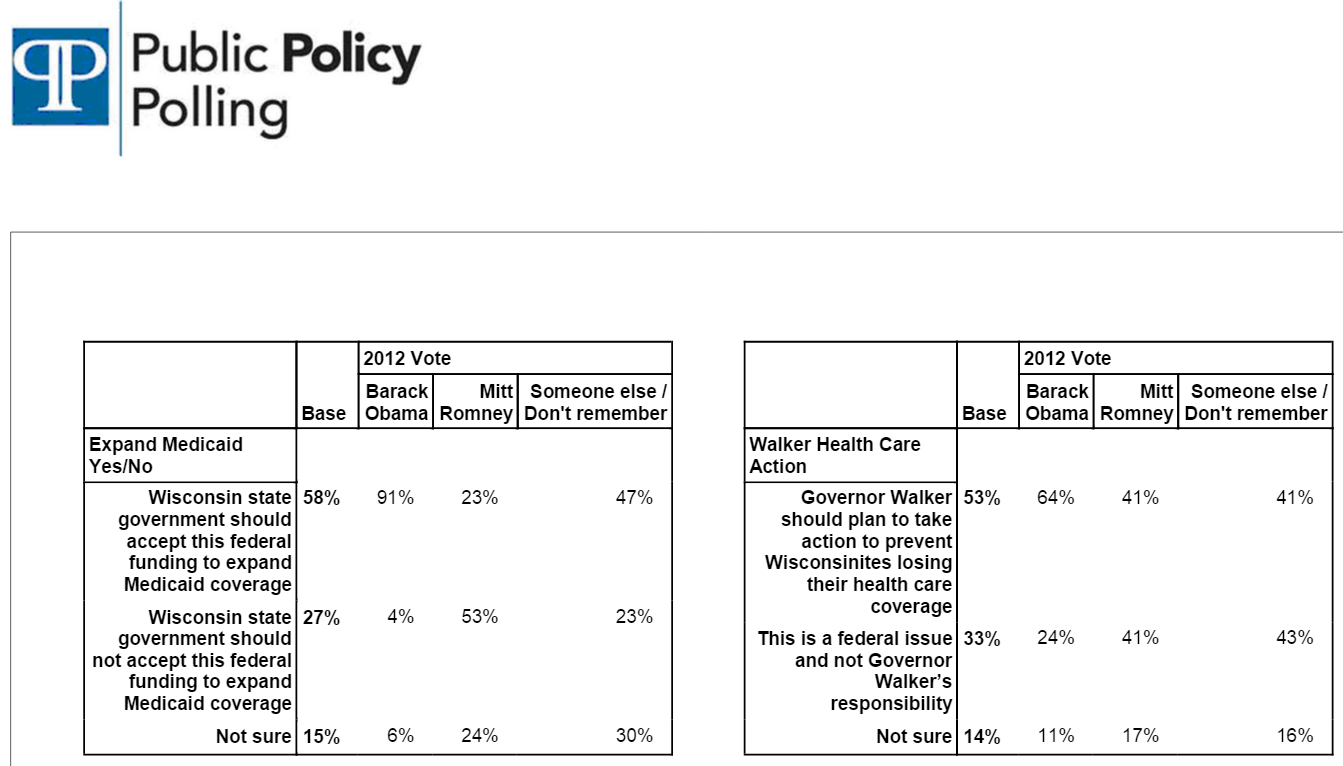 Citizen Action: The polling shows massive public support for Wisconsin to take the enhanced federal funding for BadgerCare rejected in the Governor’s budget. It also shows overwhelming support for Governor Walker and the Legislature to prepare for the possibility that the U.S. Supreme Court could yank health insurance subsidies from over 183,000 Wisconsinites. Both are closely related budget issues.

And yet the secret to Scott Walker's success is listening to the people:


On taking the BadgerCare dollars currently being left on the table by Governor Walker, the public supports taking the money by an overwhelming 31 point margin (58% to 27%).

And if you wanted to be cruel and mean spirited, then why not take the most irresponsible position on public policy ever; let's millions nationwide, and 183,000 Wisconsinites lose their marketplace doctors and insurance:

On the question of taking precautions against a U.S. Supreme Court decision that could endanger health insurance subsidies for over 183,00 Wisconsinites, the public by a 20 point margin (53% to 33%) thinks it is the Governor’s responsibility to take action to prevent anyone from losing their health care.

Robert Kraig, Executive Director of Citizen Action of Wisconsin said, “The public wants Wisconsin to take all the money that is on the table to strengthen BadgerCare, and believes it is Governor Walker’s responsibility to take action to safeguard the health coverage of the over 183,000 Wisconsinites at risk from a potentially dangerous U.S. Supreme Court decision.

Just in case you were wondering the political makeup of the people polled: