Who didn't see this coming..."Sodomite Suppression Act" allows gays and lesbians to be "put to death by bullets to the head."

Is America becoming a radicalized right wing despotic country? Yes, with a little ISIS envy thrown in. Here's what attorney Matthew Gregory McLaughlin thought California, heck, the country needs to keep God on our side: 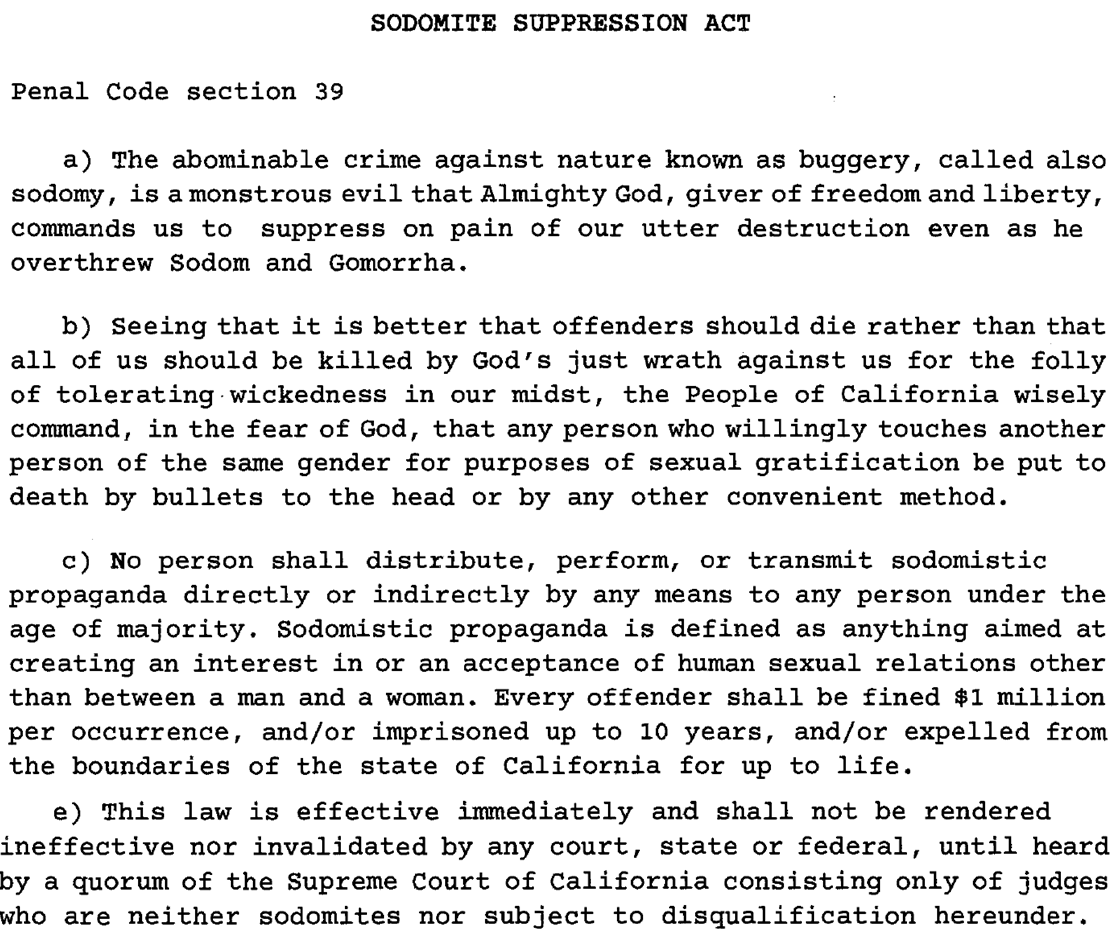 A group of California legislators has filed a complaint against a lawyer who is proposing a statewide ballot initiative that would allow gays and lesbians to be "put to death by bullets to the head."

Matthew Gregory McLaughlin, an Orange County attorney, filed the so-called Sodomite Suppression Act on Feb. 24 with the state's Office of the Attorney General. McLaughlin's proposed law would also ban gays — whom he refers to as "sodomites" — from holding public office. Under his proposed law, people found guilty of spreading "sodomite propaganda" would be fined $1 million or see jail time.

McLaughlin faces an uphill task … The initiative must gather the number of signatures equal to 5 percent of those who voted in the last election for governor — or about 366,000 valid names.