Cruz Care: It's called the most “complete” GOP health care plan yet, compliments of crazy right winger Sen. Ted Cruz. It doesn't just bring back the failed system we had, but makes it worse with every "free market" trick that promises profit over care. 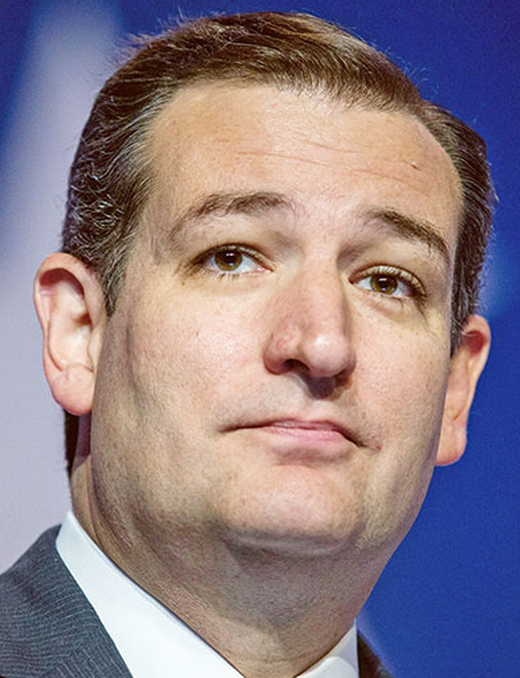 What you won't get: There are no free health checkups, no guarantees of coverage for preexisting conditions, no ability to keep kids on the family plan till age 26, and no acknowledgement that the health care industry changed its business model for payment based on outcomes, not tests. The ACA helped stablize costs with these changes. It’s like the last 4 years never happened.

Even worse, people can now buy what they "need," stripping down coverage that will leave them bankrupt if they get the wrong illness or are in the wrong kind of accident. They’re junk policies you can buy across state lines, an amazingly ridiculous GOP idea for the last 30 years. It's a race to have no coverage at all.

In Cruz's plan below, you’ll notice  how it focuses on insurers in "host" and "secondary states." It has little to do with you and me. Cruz's bill is called the Health Care Choices Act. The basic plan does the following:

It would repeal Title I of ObamaCare, which would undo much of the law, including the mandate to buy insurance, the insurance marketplaces and subsidies to help people afford coverage.

It then firms up the insurance side:


The act also amends the Public Health Service Act to provide that insurance policies approved and sold in one state (designated the "primary state") may be allowed to be sold in any other state (i.e. "secondary state") but only if the health plan and insurer comply with certain basic requirements of the secondary state. Consumer protections such as complying with the secondary state's fraud and abuse and delinquency requirements.

What is Reasonable...Cruz tries to minimize our care. In the courts, the word "reasonable" has almost no limit to what it could mean. That's why Cruz gave insurers every opportunity to make money, delay action and take reasonable steps to screw us. It's a loophole you could drive a truck through:


‘‘(B) Failing to acknowledge with reasonable promptness pertinent communications with respect to claims arising under policies.”

‘‘(C) Failing to adopt and implement reasonable standards for the prompt investigation and settlement of claims arising under policies.”

“(E) Refusing to pay claims without conducting a reasonable investigation.”

‘‘(F) Failing to affirm or deny coverage of claims within a reasonable period of time.”

‘‘(J) Failing to provide forms necessary to present claims within 15 calendar days of a requests with reasonable explanations regarding their use.”