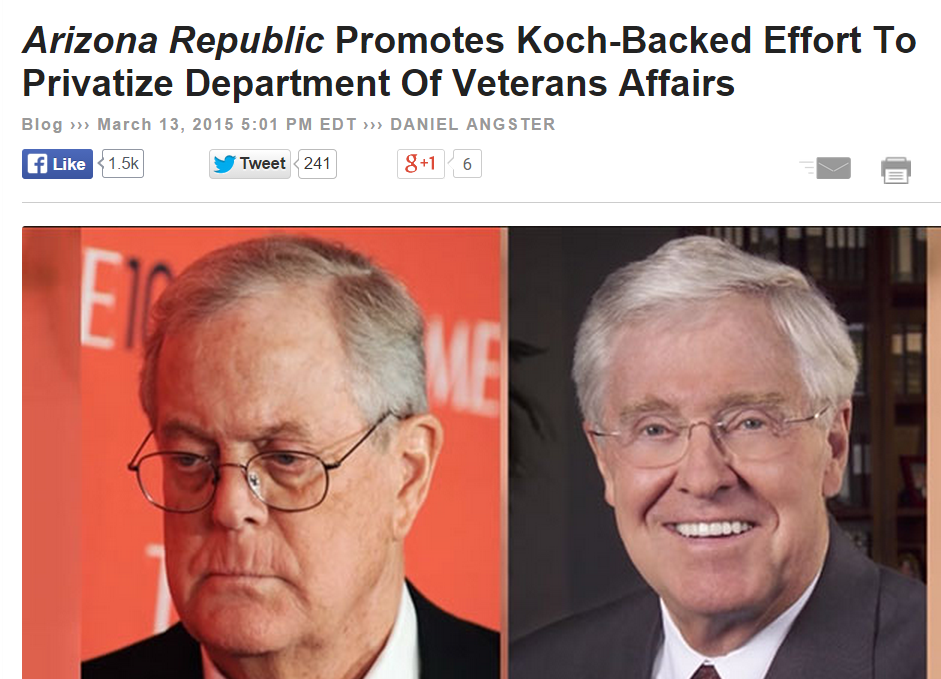 For some odd reason, conservatives like jabbing liberals about how often they bring up the Koch brothers. The fact is the Koch's have multiple front groups pushing privatization, and joking about it doesn't change reality. Like this corny named group; "Concerned Veterans for America." Of course they're concerned.

It'll be interesting to see veterans react to their own party's move to offer them up to the wolves lurking in the free market health care system, where profits and bottom lines take precedent over actual care.

What goes around comes around...