It's becoming pretty obvious Scott Walker is running our state government by the seat of his pants. Walker has stayed above the fray by keeping every controversial budget proposal a secret until the very last moment, all of them:

jsonline: "...unexpected legislation known as Act 10 … Walker said he wouldn't let legislation affecting private-sector workers reach his desk. Now he says he'll sign it. Walker didn't campaign on some of the most sweeping changes in his current budget proposal: freezing a stewardship program for state lands; borrowing $1.3 billion for transportation; and cutting state universities by $300 million in exchange for unhooking them from many state laws."

That doesn't even count corporate naming rights to state parks, a 20 week abortion ban, huge cuts to the DNR, eliminating the 48 hour waiting period for gun purchases, etc. It's like we're erasing 100 years of progress.

So I thought the two stories shown here, as they appeared on WPR's website, explained a lot about the GOP's lack of forethought and understanding behind their big bold changes: 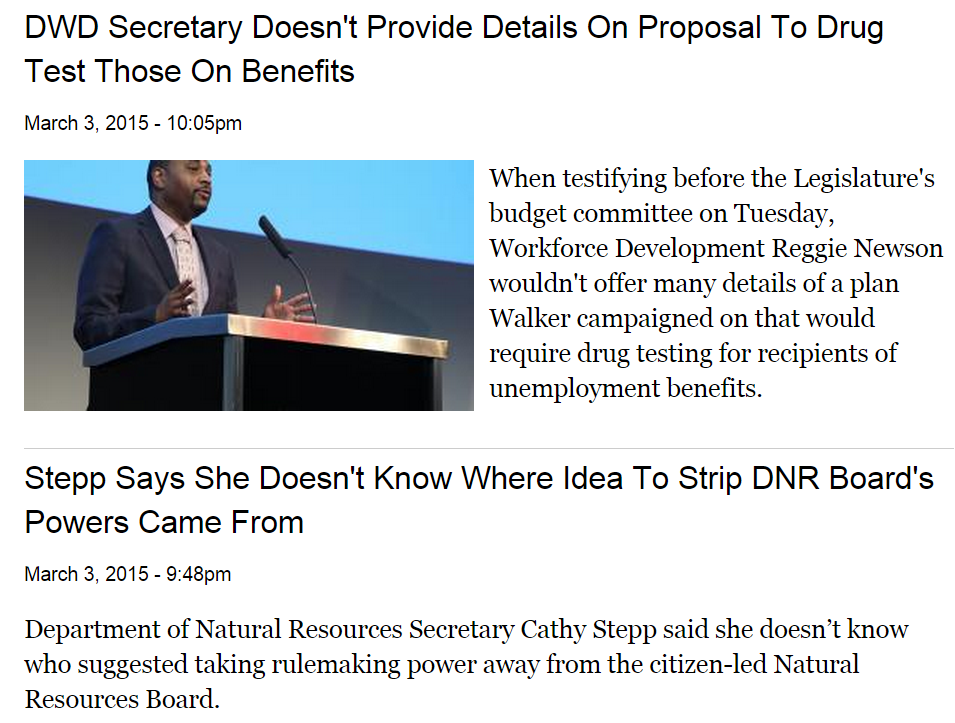