Remember when someone in the Bush administration bragged that reality is what they said it was? It was a shocking but clarifying insight into conservative thinking. It expands on the concept of Humpty-Dumptyisms: 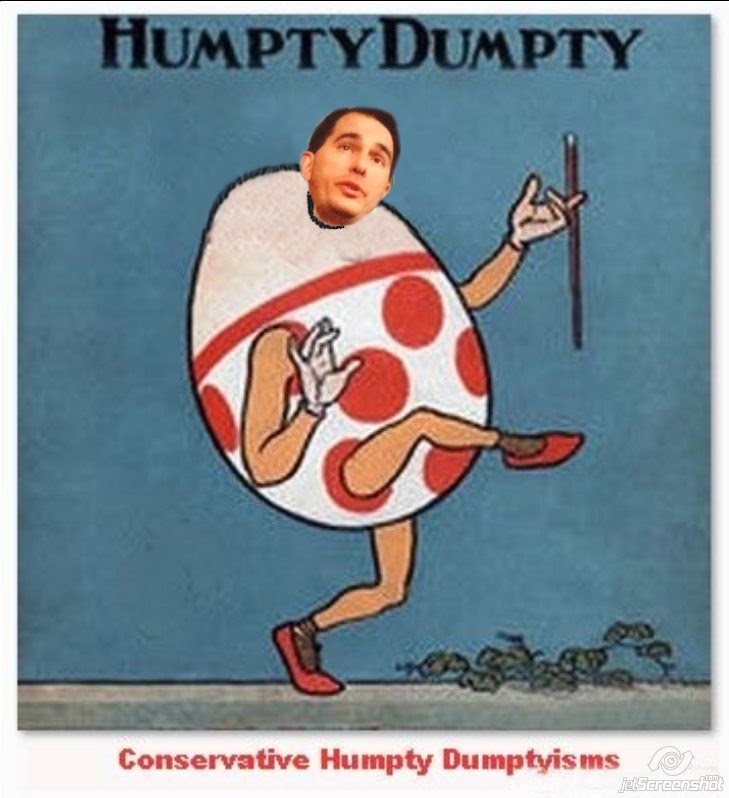 'When I use a word,' Humpty Dumpty said, in rather a scornful tone, 'it means just what I choose it to mean — neither more nor less.' -Through the Looking Glass

For example, if the middle class is said to be shrinking in Wisconsin, Scott Walker says that's a signal "we're headed in the right direction:"


WSJ: Despite a new report showing Wisconsin has the fastest-shrinking middle class in the U.S., the Gov. Scott Walker administration says the state is headed in the right direction. Walker spokeswoman Laurel Patrick noted Monday that the Pew report covers the period from 2000 through 2013 and includes only the first three years of the Republican’s first term.

This is all unsettling head-in-the-sand logic. Any report showing a decline in the middle class should warrant a deeper, more critical look. But Walker wants to brush it off as a distraction to more important presidential things. But a number of studies tell a different story, and back up the decline: 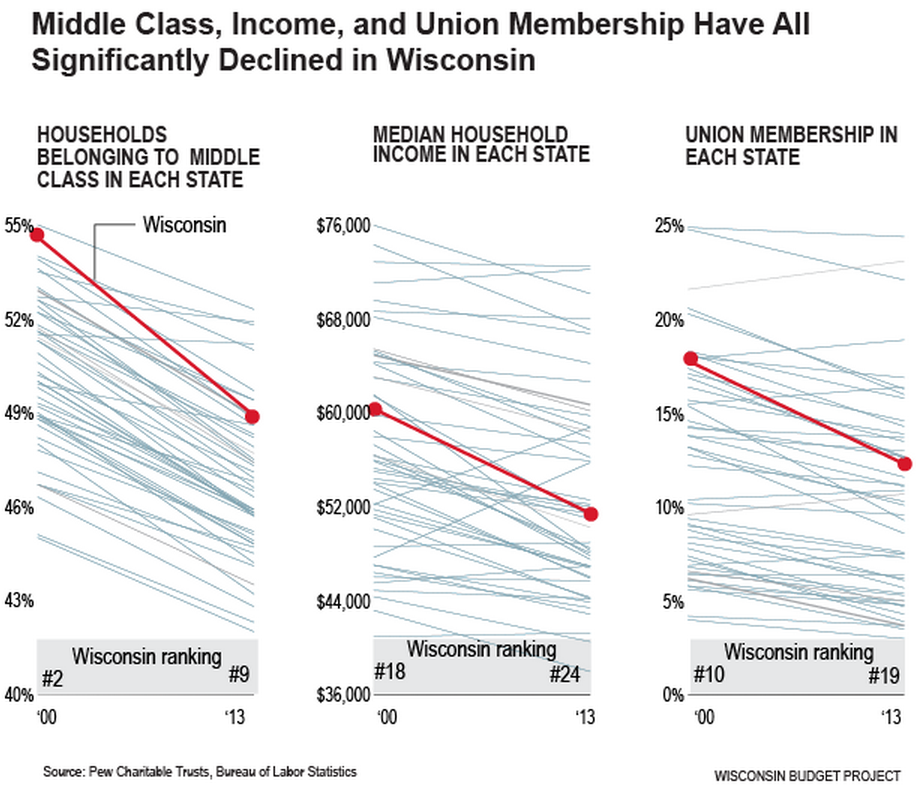 But UW-Madison economist Laura Dresser said income growth in the state for decades has been concentrated among the top 1 percent. She said that would explain the decline in the percentage of families considered “middle class” by federal standards, even if incomes have risen recently. Dresser’s report showed that in 2012, Wisconsin reached a milestone with a record share of income going to the top 1 percent.

The Pew Charitable Trusts report reflected those figures, showing that in 2000, 54.6 percent of Wisconsin families fell into the middle class category, but that has fallen to 48.9 percent in 2013. All other states showed some decline in middle class families but none as great as Wisconsin’s 5.7 percent decline since 2000.

That's not all. Walker is attempting to create a desperate minimum wage working class by taking away their ability to buy food unless they work for less. And forced labor disincentivizes employers from having to raise wages.

Wisconsin also continues to lag the nation in job growth, with the latest figures putting the state 40th on that key measure.


Unemployment among African-Americans in Wisconsin last year was the highest of any of the 50 states, according to a study released Thursday by the center-left Economic Policy Institute in Washington, D.C.