Republicans like Scott Walker are going after everything touched by the enemy within, liberals, progressives and Democrats. They are wiping the slate clean, as I've pointed out in this post.

As unbelievable as it may seem, they’re actually going after biking and transit. 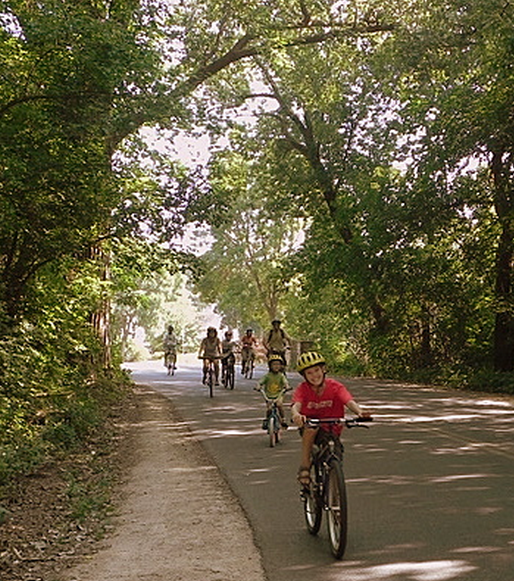 Conservative Republicans at the state and federal levels this year launched initiatives to weaken biking programs. So the National Bike Summit this month (is working to) Counter a campaign to strip bicycle funding from the transportation bill. Congress could vote in May on the anti-cycling initiative, which is backed by right-wing groups with strong ties to the fossil fuel industry and billionaires David and Charles Koch.

The following statement boggles the mind:

A letter signed by representatives of Tea Party Nation, the Heartland Institute, Club for Growth, American Energy Alliance and Americans for Prosperity seeking to eliminate federal transportation money for cycling programs read: “Despite billions in Highway Trust Fund shortfalls, Washington continues to spend federal dollars on projects that have nothing to do with roads like bike paths and transit.”

I wish I were making this up. And guess who is one of the leaders of this anti-biking movement?

Wisconsin Gov. Scott Walker, who has strong political and financial ties to those in this conservative coalition, is at the forefront of the campaign to puncture the state’s bicycling program … at the start of his second term as governor Walker offered a budget that proposed:

• Repealing the Complete Streets Law mandating that bicyclists and pedestrians be considered whenever a road is built or rebuilt.

Here's an important wrinkle I've already had to deal with regarding my own kids bike "path" to school:


Larson added that cutting TAP “will result in fewer pro-bike projects, some of which seek to create more safe ways for children to get to their schools. The governor’s budget lacks a long-term, sustainable vision for our state. In fact, at the same time the governor is seeking to curb the growth and popularity of cycling in the state of Wisconsin, he is also borrowing $1.3 billion to pay for large highway projects. Each day, I grow more amazed by how backward Walker’s priorities are for Wisconsin.”