Perhaps Scott Walker can do for the nation what he did for jobs in Wisconsin.


Wisconsin gained 27,491 private-sector jobs in the 12 months from September 2013 through September 2014, a 1.16% increase that ties Wisconsin with Vermont at a rank of 38 among the 50 states in the pace of job creation during that period. Economists consider Thursday's job creation figures, known as the Quarterly Census of Employment and Wages, to be the most credible and comprehensive available.


Jobs figures for January that were released Tuesday complete the cycle on Walker's first term and shows how far the state fell short. Wisconsin reported … a gain of 137,400 over January 2011. That's just under 55% of the way to Walker's goal.

The Bureau of Labor Statistics' Current Employment Statistics report can be subject to large revisions … the BLS adjusted 2014 figures through a process called benchmarking … job estimates for 2014 were revised downward by as many as 25,800 jobs. 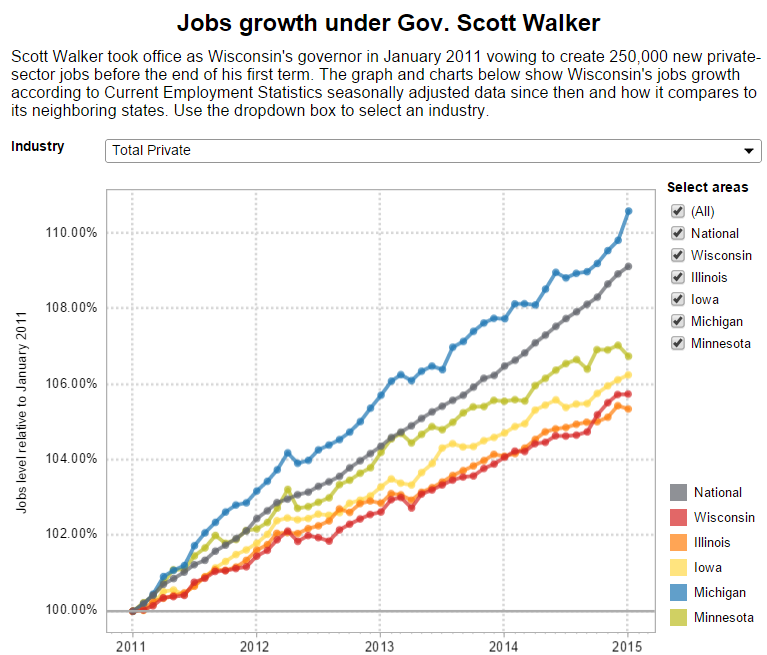