Walker Exposed! He really doesn't like Iowa, plays them for suckers.

Like Scott Walker's deceptive ruse to get as many undeserved votes as possible in the Racine/Kenosha area, just before rejecting the casino, he's now duping Iowans to get their votes on ethanol (bottom tweet).

Reflecting the general behind the scenes sentiment of the Walker campaign, these tweets are amazing: 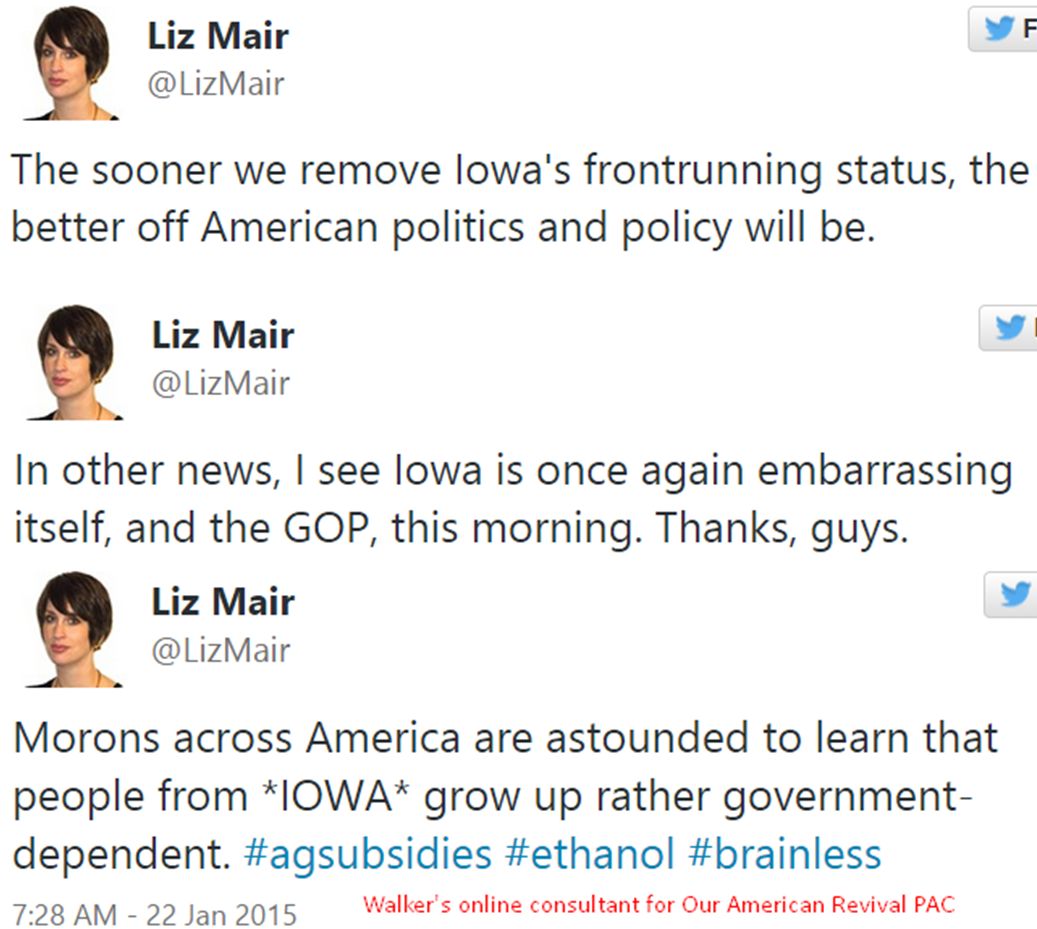 Ready for another now infamous non-answers? It’s a killer:

When The Des Moines Register asked Team Walker what Mair was referring to when she said Iowa is "once again" embarrassing itself, Rick Wiley, a top political adviser to Walker, answered: "Liz Mair was brought on to Our American Revival as an online consultant, not as a policy adviser. Governor Walker has had very substantive conversations with Iowans on issues important to them and will continue this dialogue through Our American Revival."

ALERT UPDATE:  Mair fired…I mean quit! Mair’s behavior was way too much of a glimpse into the way Walker looks at people and the process. Or should we assume no one, including Walker, interviewed her or knew where she was coming from? Mair publically said what the campaign was privately thought:


Liz Mair resigned … after taking fire from Iowa Republicans for tweets criticizing the crucial first caucus state. "We accept those who have a variety of viewpoints on issues but what we ultimately must have is absolute respect for people across the country,” top Walker strategist Rick Wiley said in a statement.

Just as insulting? After accusing farmers of being “government dependent” on subsidies, a familiar Republican complaint, Mair said she was referring to Iowa Democrats? WOW!

She even blamed the messenger...