The Nightmare of Big Government nothing more than a Right Wing Dream, not Reality. Like ObamaCare.

It should be noted whenever possible the absolute failure of Republicans to predict the failures of ObamaCare!


They never correct their miscalculations, they just forget them. They get the mileage they want by predicting their false realities, and move on. With new predictions of an Obama imperial presidency and the government takeover of our school lunches, their breathless panicky voters will never no the truth. So here's another truth emerging from the fog of right wing talk: 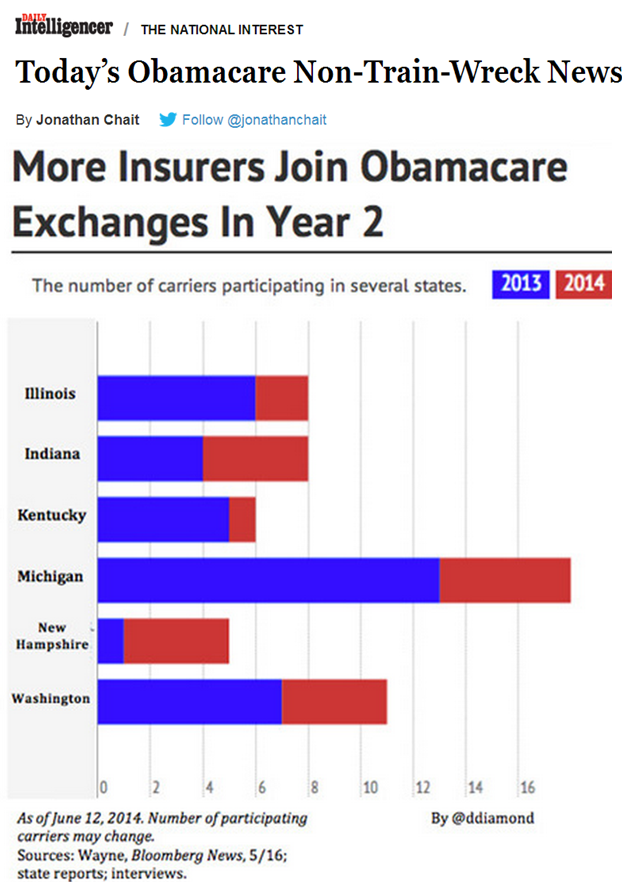