It really is just amazing how "stand with Walker" loyalists are willing to believe anything from this known liar and manipulator. My god at least question something, anything: 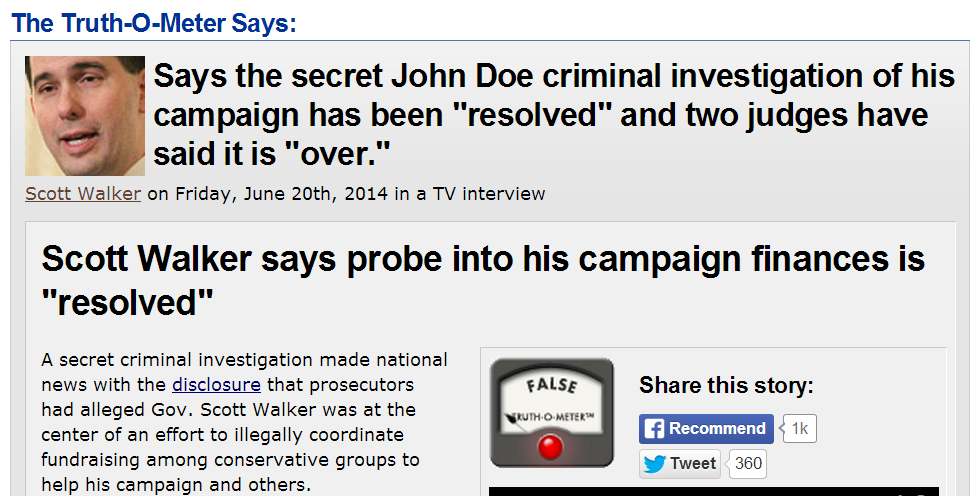 PolitiFact: Walker said the secret John Doe criminal investigation of his campaign has been "resolved" and two judges have said it is "over."

His characterization is misleading at best. The investigation has been stopped, for now, under one judge’s ruling. But the second ruling, while a serious blow, did not end the probe, and in any event prosecutors have appealed the two rulings Walker mentioned.