Republicans continue to spend more taxpayer money than ever before, despite their rhetoric and reputation as fiscal conservatives.

A big Republican government is pure and righteous, with God and freedom on its side, while Democrats are the enemy. It's that simple. But if you look at this spending chart, their bullshit falls apart: 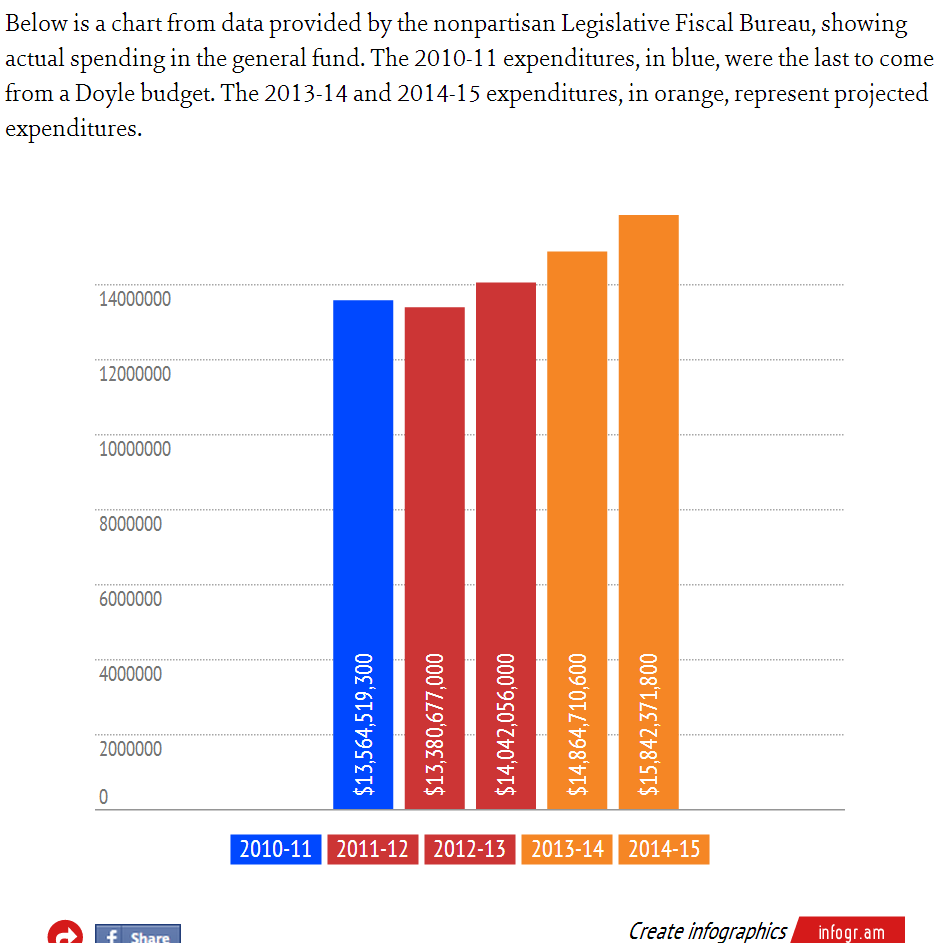 Representative Peter Barca (D-Kenosha) said a new memo from the nonpartisan Legislative Fiscal Bureau details a long list of 64 ways that Republican legislators have significantly expanded the reach of state government over the past three and a half years. Wisconsin Republicans have substantially increased the role of state government by eliminating local control and increasing the number of unfunded mandates passed on to local communities.


•AB 476 –a bill that would dictate how individual communities regulate frac sand mining, which was put forward despite strong opposition from groups like the League of Wisconsin Municipalities and the Wisconsin Towns Association.

•AB 750 –a bill to keep hardworking men and women from earning a living wage by attempting to roll back local living wage ordinances that have, in some communities, been successfully in place for years