The Ayn Randian Mind behind the Tea Party "Brat."

So who is this tea party guy who defeated the arrogant Rep. Eric Cantor? It's Dave Brat, another Ayn Rand clone who also thinks we should all be Christian capitalists!!! Brat's actual impact in the House will be small, but I thought the rise of the new right's policies should be the focus. As described at Alternet: 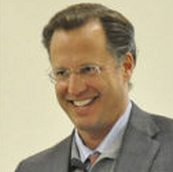 Brat, you’ll be delighted to hear, is an economics professor at Randolph-Macon College who counts the fantastically nutty Ayn Rand as his intellectual hero. As Samantha Lachman reported, the Professor gets dough from the banking sector to push Rand’s libertarian nonsense on college students:


“Brat has taught classes for a program sponsored by BB&T bank that aims to spread Ayn Rand's principles to college students. Brat got a $500,000 grant from the bank to bring the program to Randolph-Macon College and co-authored a paper titled ‘An Analysis of the Moral Foundations in Ayn Rand.’”

As the Wall Street Journal reports, Brat has also mused on the need for a church model that fully supports capitalism, warning that if we don't get on that, a new Hitler will surely rise. s John Allison, former chairman of BB&T’s board and champion of education privatization, helpfully explains:

“About twelve years ago we re-examined our charitable giving and realized that our contributions to universities were not typically being used in our shareholders’ best interest. At the same time, we were studying the question of why the United States had moved from the land of “life, liberty, and the pursuit of happiness” to the “redistributive state.” We became convinced that the reason for this transformation was that the Left had taken over the universities and educated future leaders, including teachers, in statist/collectivist ideas."

Yea, who cares about that whole empty preamble to the Constitution, when you've got fictional writer Ayn Rand for guidance.


Obamacare: Obamacare has proven to be an economically disastrous law and an unconstitutional power grab by our Federal Government. I support a plan to defund the law and replace it with free-market solutions that lower costs, improve quality, and increase access to care.

Fiscal Responsibility: I will support a balanced budget amendment which will force Congress to reign in the out of control federal spending and to restore confidence in the American economy.

2nd Amendment: I will oppose any efforts to undermine or limit the Constitutional right to bear arms. I will oppose any back door attempts to confiscate guns or create a national gun registry. Our founding documents make it clear that our inalienable rights come from God and that the job of the government is to ensure and protect those God given rights. I intend to keep it that way.
Security/Foreign Policy: Ronald Reagan said it best: “Peace through strength.” I support a full investigation into the Benghazi attacks.

Energy: I support a broad-spectrum energy approach that relies on the free market.  The private sector must be set free to invest in natural gas, wind, solar, oil, nuclear, and other forms of energy as we move forward.

Uphold Human Life: Our fundamental rights to life, liberty and the pursuit of happiness precede the existence of government and come from God, the Author of Nature. These core constitutional rights have been usurped by the Judicial and Executive Branches and must be returned to the people and their representatives.

Never mind that no industrialized country has ever bought into the Randian free market system. Are they just afraid?


Anybody but Cantor? Cantor didn't lose to a guy with better ideas, or because of immigration, he lost because he was disliked by voters who decided not to go to the polls.

Vox: About 72 percent of registered voters in Cantor's district polled on Tuesday said they either "strongly" or "somewhat" support immigration reform that would secure the borders, block employers from hiring those here illegally, and allow undocumented residents without criminal backgrounds to gain legal status - three key tenets of an overhaul[...]

63 percent of all registered voters disapproved of his job performance, and his net approval among registered Republicans was -6 percentage points.