A Defensive Walker makes the case to do away with "partisan" Democratic District Attorney's. There's only one real party...

It’s not the denial by Scott Walker that’s unsettling, but his suggestion that only Republican DA’s can be trusted with the law and “nonpartisan” investigations. These subtle comments provide the emotional gun powder for agitating the base. Maybe the media should ask Walker why he thinks Democratic DA candidates shouldn’t run for office.

In his desperate attempt to contain the damage, he let it slip in this editorial:

“The truth on the widely covered John Doe is that two judges, one state and one federal, reviewed the accusations of partisans within a Democratic District Attorney’s Office and determined their theories have no merit or basis in law.”

What does that say about Walker’s respect for elections and those who see things differently...like Democrats?

The enemy among us: Walker’s “above the law” arrogance toward "petty liberal partisans" opposed to his one party ideal of government and “truth” is unnerving:

Each of these judges explicitly issued judicial orders that these partisan prosecutors must end their investigation immediately. These are the truths that need to be stated over and over again to fight the slander directed at me and our campaign by my political opponents.

Walker the Victim: Remember, this is about pay-to-play, campaign funding that pushes the limits and attempts to get around the law, whether legal or illegal. This isn’t about his failed agenda, it’s about elections controlled by big government corporate special interests. 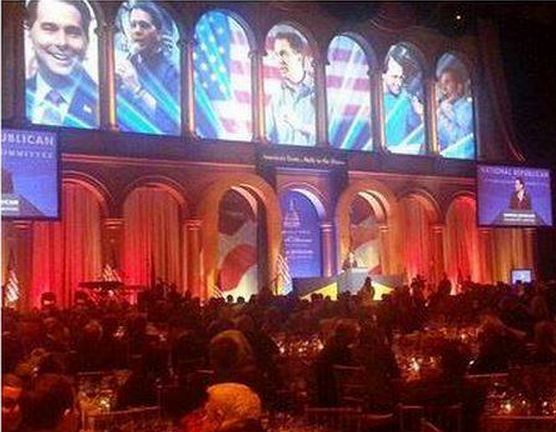 Still, many in the media proceed as though the opinion of the partisan prosecutors … ignore the truths I have stated above. No charges. No case. Watching the media frenzy, it is clear that this is what happens when someone takes on the big government special interests. I will not back down. We will continue to fight using the truth...