What's next for the Tea Party, stoning gays?

The tea party is so likable, aren't they? 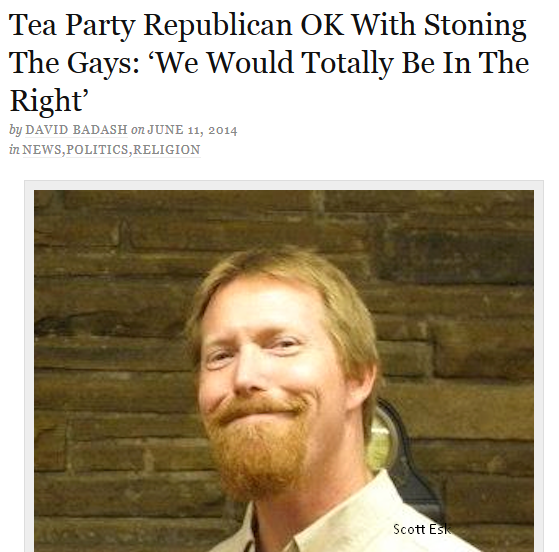 Scott Esk reportedly said in a Facebook conversation, “I think we would be totally in the right” to stone gay people to death. He also quoted the bible — including Leviticus 20:13 — and added, “ignoring as a nation things that are worthy of death is very remiss.”

The Facebook conversation was ignited by a posting of Pope Francis’ “Who am I to judge?” comments last year. Esk apparently believes he is capable.

In another Facebook conversation, Esk said, “I never said I would author legislation to put homosexuals to death, but I didn’t have a problem with it."

This is the conservative state of mind. Any questions?