We now have the possibility of a separate religious "nation" of companies exempt from constitutional requirements. Reporter Chris Hedges warned us this was highly likely. He was proven right today. And the conservative activist justices, all men, are having their way like never before.  This decision is just the first, setting up many more anti-women cases.

Some in the media are saying this is a narrow decision, giving this court a pass again, but it really isn't. 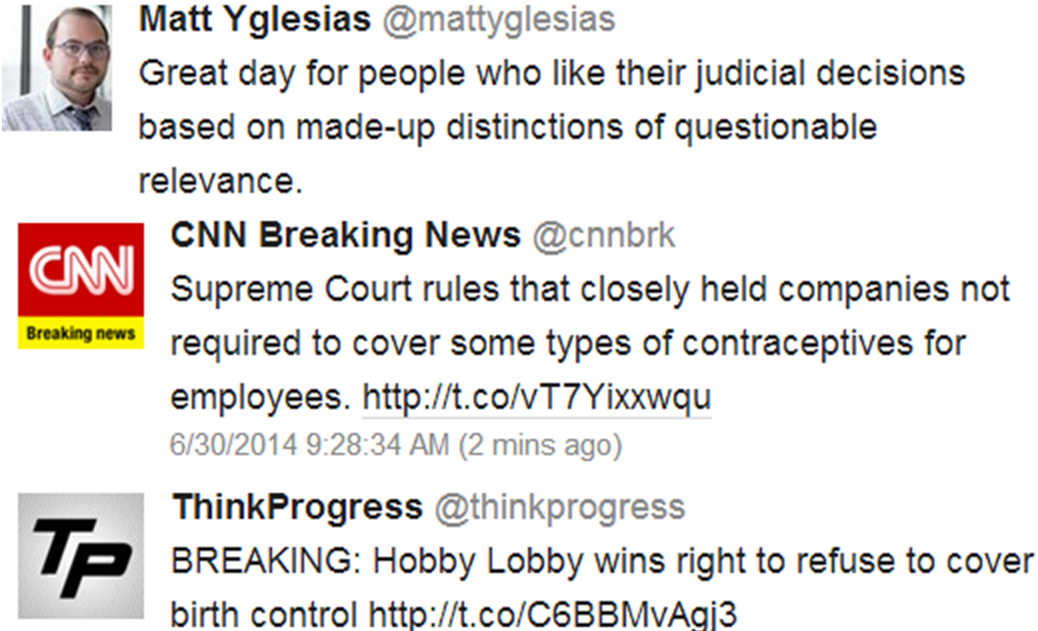 The 5 male justices think they can keep women from getting contraceptive coverage and throwing equality out the window for corporate religious reasons. Instead of science, they allowed the belief of Hobby Lobby to decide their case.

Oh, and this is what women want...to pay out of pocket instead of having insurance coverage:

A Better Idea: Business, say the five conservative justices, can force women to pay their own way. This means that having or not having a child is a woman's "problem." Perhaps woman should take that one step further, and cut men off from their connection to fatherhood too, if and when they choose. They should take custody rights away from these incidental fathers who have so little to do with family planning. Guys apparently want to be free from the burden of birth control, and the justices are using religion to do that.