Republicans have a plan to save America, and Marco Rubio laid out his plan to "'Reclaim' the American Dream."

See for yourself if anything Marco Rubio is proposing will put the American dream within reach of future generations: 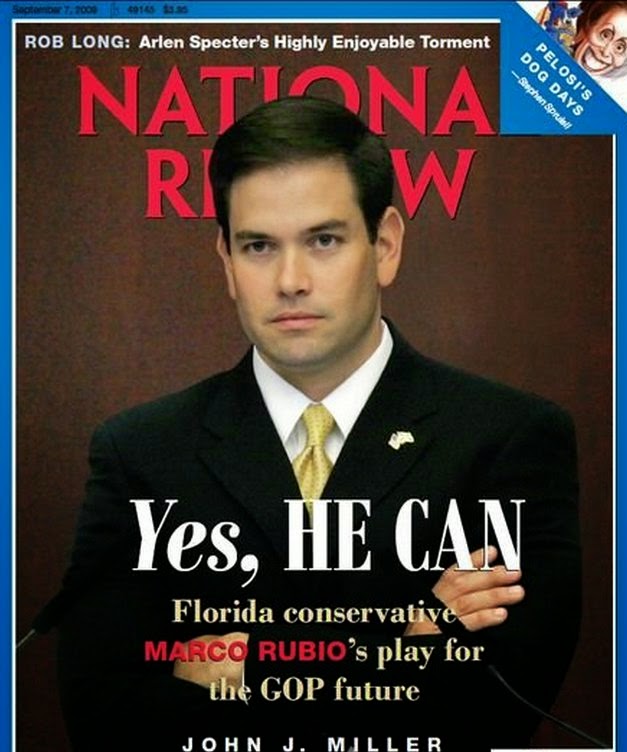 A. increasing private-sector options for Medicare and Social Security.

Rubio wants to make private sector profits from our senior benefit programs and the health care needs of sick Americans in the form of private insurance. Ghoulish and ethically reprehensible? No, it the "21st century reality," as defined by Rubio.

U.S. Fire Sale: Flag waving Republicans are so unhappy about the country that a complete economic and social makeover is in order. Literally, everything has “failed:”

“The fundamental challenge that we face is that every single one of our institutions in this country – from government to higher education and everything in between – has completely failed to adjust to 21st century reality. None of them are responsive to the new world that we now live in, where globalization and information technology have changed the nature of our economy. And our laws and our education system simply don’t reflect this.”

Taking the words right out of my mouth, liberal PAC American Bridge responded with a few simple questions:

“Rubio has consistently advocated against policies that support working-class families, including the minimum wage and the extension of unemployment benefits. Today's speech is as phony as it is calculated, smoke and mirrors meant to distract voters from the anti-working class agenda Rubio has consistently pushed in the Senate.

With so many attacks on the middle class -- including his support for the Ryan budget and the sequester -- we can't be exactly sure which impacts he means. Is he talking about the 1.3 million Americans for whom he attempted to block UI benefits? The 300,000 people who aren't receiving heat assistance because of the sequester? The millions of low-income families who would lose SNAP, CHIP and other critical benefits under the Ryan budget?”