The headline at TMJ4 says it all: 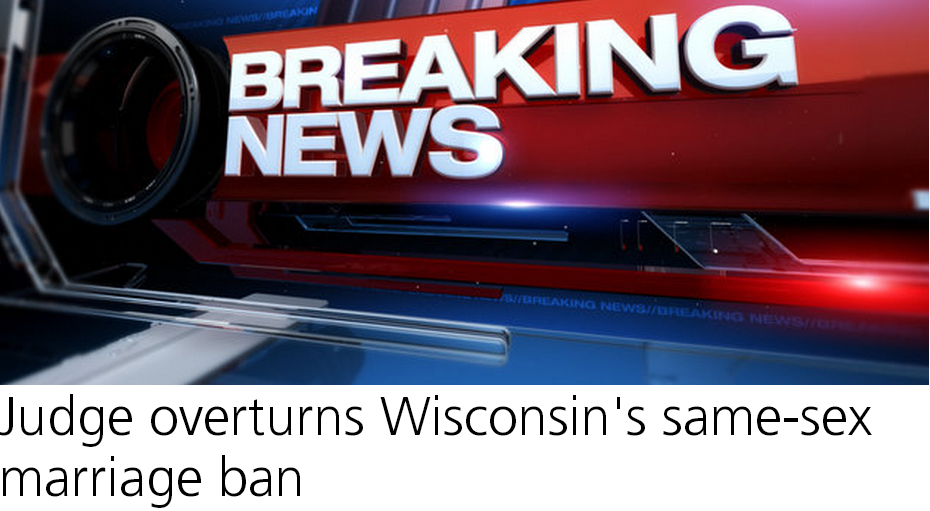 Part of Friday's ruling reads: "It is DECLARED that art. XIII, § 13 of the Wisconsin Constitution violates plaintiffs' fundamental right to marry and their right to equal protection of laws under the Fourteenth Amendment to the United States Constiution."

The state motioned to stay the case in March and to dismiss it in April, but both motions were denied. It's not yet clear when same-sex marriages will be able to be performed in Wisconsin.

The ruling came just as PrideFest Milwaukee kicked off Friday. The three-day event runs through Sunday. The ACLU of Wisconsin first broke the news Friday on Twitter: