Voter ID wouldn't have made a huge difference, but hey, this guy did steal my vote.

Thank you Joan Walsh. The media is starting to pickup on "projection." It will explain everything: 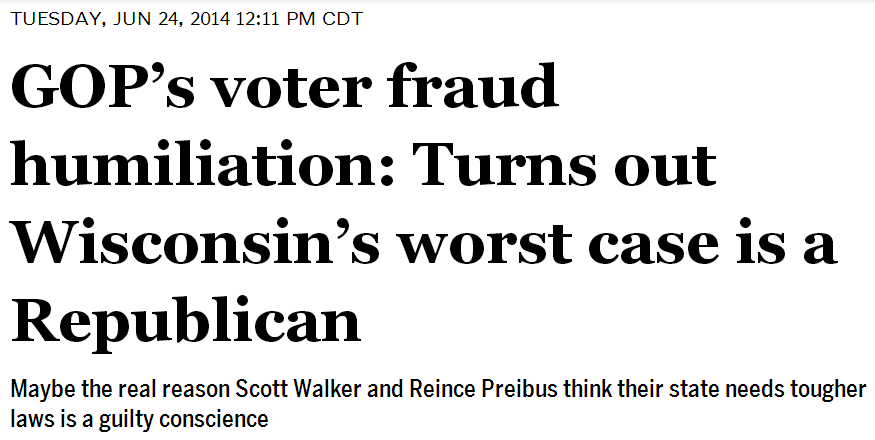 Salon: It’s always seemed strange that Wisconsin Republicans like Reince Priebus and Scott Walker would insult their own state by claiming that it has a problem with voter fraud and needs tougher laws to prevent it. Wisconsin has traditionally been known for an uncommonly clean political culture (until recently, anyway), and I’ve never quite understood why conservatives would want to impugn it.

Can you say “projection”?