Minnesota has already gained back all the jobs they lost during the Great Recession, Scott Walker’s Wisconsin hasn't. Not even close. 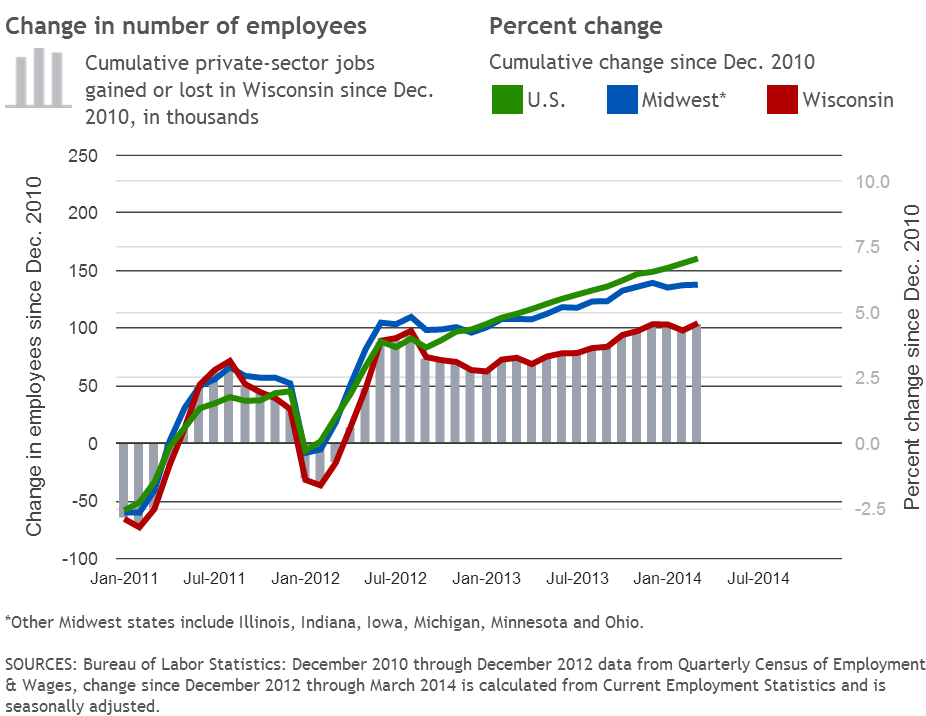 And yet, Republicans are hammering Obama for the slow job growth after the Great Recession. Never mind that so many major employers were wiped of the face off the earth, and others changed their business model regarding full time and part time employment. 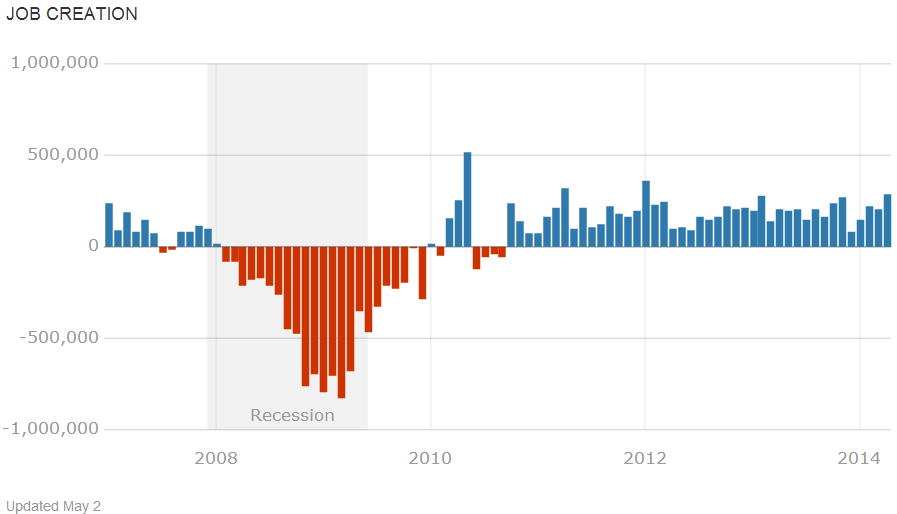 Reuters: U.S. employers kept up a solid pace of hiring in May, returning employment to its pre-recession level and offering confirmation the economy has snapped back from a winter slump. It finally recouped the 8.7 million jobs lost during the recession. Employment has risen by 8.8 million since hitting a trough in February 2010.

Like Jake's Economic TA Funhouse pointed out, ObamaCare wasn't the job killer Republicans were sure it would be. Wrong again guys.