Job creation is a result of consumer demand. Economist say it's 70% of our economy.

But let's ignore that important fact right now. Let's take a purely conservative "supply side" economic approach to job creation. It looks like corporate CEO's broke their side of the agreement with Republicans like Scott Walker, who gave them everything they wanted, but got nothing in return except their love and appreciation.

Walker is now a dismal failure and stuck defending his lackluster record with the help of a few low information supporters. The new numbers are in: 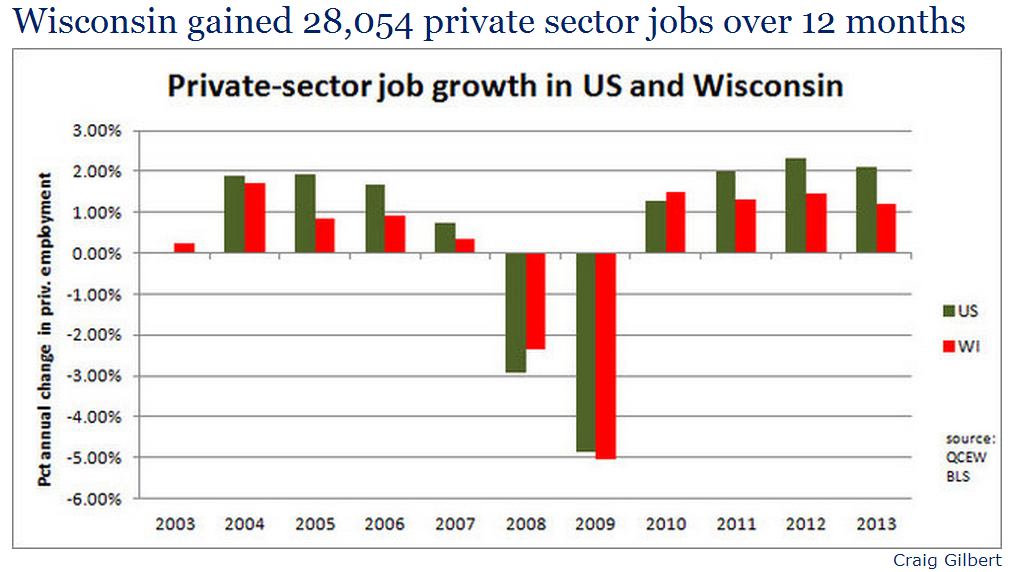 The United States created private-sector jobs at a rate of 2.1% in the latest 12-month period, nearly double Wisconsin's 1.2% rate

According to Walker's logic and campaign spin, creating even one job is moving "forward," which technically is true but...

Remember the "Uncertainty" Excuse? For years Republicans pushed the ridiculous idea that uncertainty in the business community prevented job creation and growth. An odd argument for those pushing a free market system, where there's no certainty at all.

But now those same Republicans, who are blocking anything and everything in congress, are being accused of creating uncertainty by their big business supporters..for doing nothing.  Ironic isn't it. Thank you GOP:


jsonline: The U.S. economy needs to pick up speed, but political uncertainty in Washington, D.C., has left businesses reluctant to spend money and generate more jobs, a market strategist for Fidelity Investments said Wednesday. Bruce Johnstone, a Fidelity managing director, said "So the economy is growing at 2% rather than 3% because everybody is waiting. Let's not kid ourselves, we're going to have to get together at the top, and everybody is going to have to agree to take a hit. Until that happens, we're just not going to get the job done."