It's now okay to deny students with disabilities a place in private voucher schools? What's next, keeping the low income riff raff out?

After all, don’t taxpayers have a right to know if their money is going to private schools refusing children they don’t want?  What are they afraid? Are they above taxpayer accountability?

Republican State Sen. Paul Farrow didn't just push back against the request, but sounded as guilty as hell with his accusations that Superintendent Evers is “undermining” choice schools, and mismanaging the elected office. Simply just asking for the information is deceitful? jsonline: 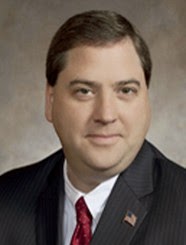 Sen. Paul Farrow (R-Pewaukee) sent a letter Monday to DPI Superintendent Tony Evers reprimanding him for the request. "I am disappointed in your mismanagement, deceit, and undermining of not only the parental school choice programs, but of the authority of the Legislature as well," Farrow wrote in the letter.

Did you get that? How dare we question the political “authority” (sounds like big government?), even from an elected office holder like Sup. Evers?

Unfortunately, the DPI’s response was less hyperbolic, which doesn't garner public outrage like Sen. Farrow’s response. I’ll bet Walker supporters will defend the practice of denying students with disabilities because private schools have to make a profit. You know, all that freedom and liberty stuff.

DPI spokesman John Johnson stressed that the department is asking for schools to voluntarily provide the data … state law does not compel private voucher schools to make available data about the demographics and performance of their students with disabilities. Public schools must provide that data.

What, a double standard favoring private sector schools, who wrote that law?

But the outrage doesn't stop there: The ridiculously named "Wisconsin Institute for Law and Liberty, another one of those conservative "think" tanks, chimed in. President Rick Esenberg and “education policy” director C.J. Szafir acted as guilty as hell as they appealed to the conservative paranoia that government is out to get them.

Rick Esenberg blasted the DPI in a news release, saying the department was being "commandeered" by the Justice Department. C.J. Szafir (said) "I think DPI in the wording of its request is setting schools up to fail if there is no definition or guidance as to how to provide the data."

Suggesting this is all a trick by DPI and the Justice Department, Szafir actually contradicted his own argument. In his statement below, Szafir worries about revealing personal identifiable student information:

Szafir expressed concerns that schools that comply with the DPI's request may be putting themselves at risk of violating state and federal privacy laws, such as FERPA — it prohibits schools from disclosing personally identifiable information on students — or the Wisconsin Medical Records Privacy Act.

But then complains that DPI’s request is too vague on data:

Beyond legal concerns Szafir also took issue with the vagueness of the data, such as the DPI's request for the number of disabled students who were expelled or suspended from choice schools. "It doesn't give the schools the opportunity to tell why they were expelled."

It's as simple as this really:


Monica Murphy, managing attorney at Disability Rights Wisconsin said, "DPI can ask for whatever it wants. Why are (voucher advocates) afraid to provide the data?"

This is one way to make sure school choice programs are obeying our civil rights laws, unless you have something against that.

Representative Sondy Pope wrote “If discriminatory practices are occurring against disabled students in voucher schools, it is in the best interest that the discrimination be investigated and stopped. Those who would defend or cover up this practice show a certain moral bankruptcy that has no place in the legislature.