Mary Burke has another big issue: 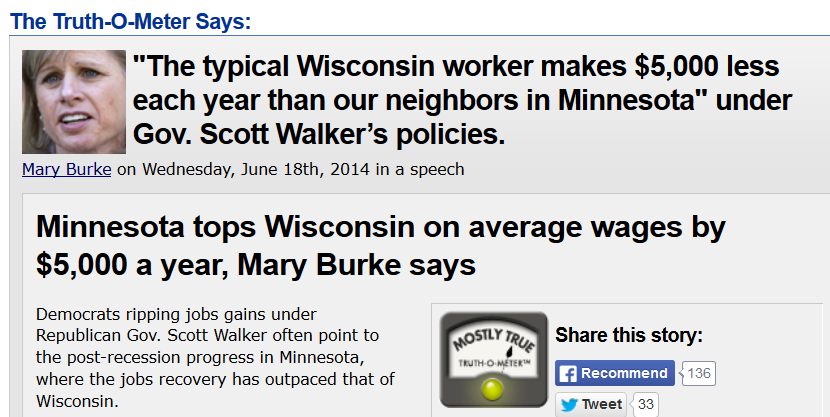 Here's the devastating conclusion. This time, Walker can't blame on anyone but himself since he opposes a minimum wage hike:


Burke told delegates at the state Democratic convention that "the typical Wisconsin worker makes $5,000 less each year than our neighbors in Minnesota" under Walker’s policies.

The gap is real and Burke hit the mark with her description of it. The gap has grown or held steady in Walker’s time depending on the measuring stick used. Burke didn’t say Walker created the gap, but the disparity is a longstanding one, and one that existed and grew under governors of both political stripes. We rate her claim Mostly True.