Yes, the party of election and voting integrity just got caught in their own web of fraud and corruption.

Imagine a country (Idiocrasy?) under their control, and how common place this would become. You just can't make this stuff up. 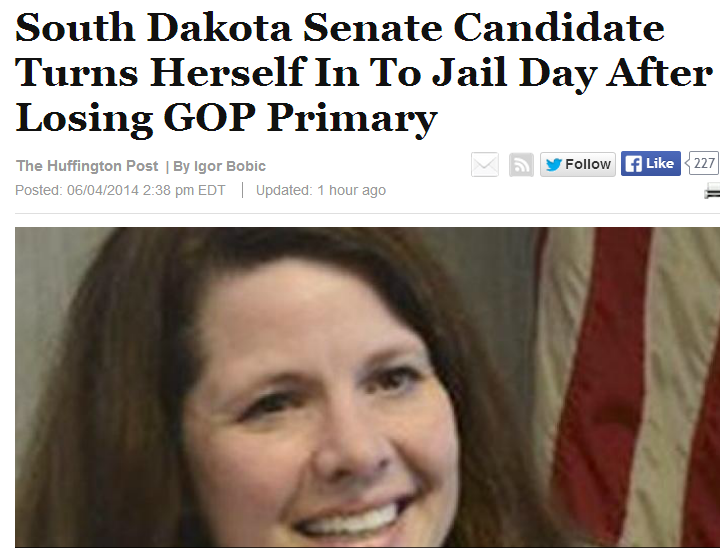 HufffingtonPost: Annette Bosworth is not having a good week: On Tuesday night, a Republican candidate for U.S. Senate learned she lost her long-shot bid for the GOP nomination in South Dakota during a horrendously awkward live television interview with Fox News host Megyn Kelly. On Wednesday morning, the Sioux Falls Argus Leader reported that the medical doctor had turned herself into the Minnehaha County Jail after authorities issued a warrant for her arrest.

South Dakota Attorney General Marty Jackley (R) charged Bosworth with perjury following allegations that Bosworth claimed to have circulated nominating petitions while she was in the Philippines with her husband. 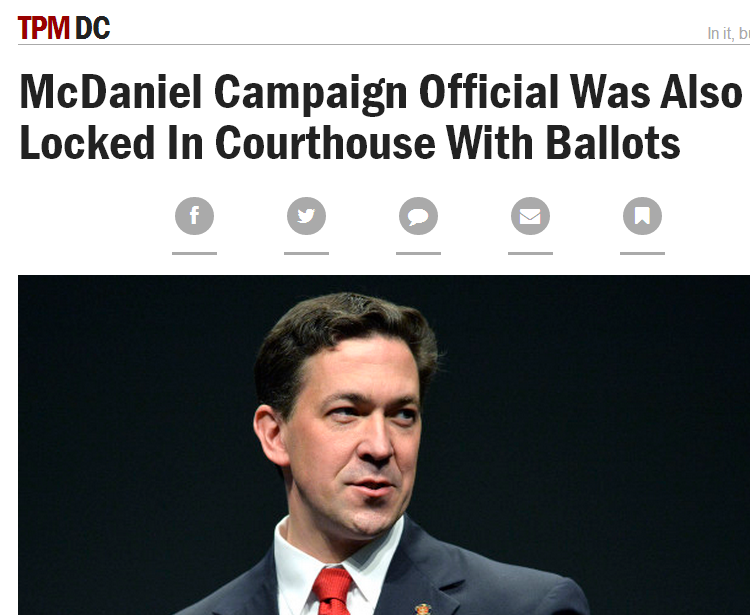 TPM: A top official for state Sen. Chris McDaniel (R-MS) was with the leader of a local tea party group when she got locked in the Hinds County courthouse where primary ballots were kept on Tuesday night. The official was Scott Brewster, the coalition’s director for McDaniel's Senate campaign. The Hinds County Sheriff's department is now investigating how Central Mississippi Tea Party President Janis Lane, Brewster, and Rob Chambers ended up in the locked courthouse.

The McDaniel campaign's statement on the courthouse lock-in episode: "Our campaign sent people to the Hinds courthouse to obtain the outstanding numbers and observe the count. In doing so, they entered the courthouse through an open door after being directed by uniformed personnel. They were then locked inside the building," the statement continued. "At this point they sat down and called the county Republican chairman, a close Cochran ally, to help them get out. Eventually a Sheriff's officer showed up and opened the door to let them out."

"There are conflicting stories from the three of them [Lane, Chambers, and Brewster], which began to raise the red flag, and we're trying to get to the bottom of it," Hinds County Sheriff spokesman Othor Cain told the Clarion-Ledger. "No official charges have been filed at this point, but we don't know where the investigation will lead us."