School Vouchers Explained; Would you trust "The Alliance for the Seperation of School and State?"

The following provides the simple reason why school vouchers are being pushed. It’s not for educating kids or giving parents “choice,” it’s purely ideological and monetary. NH version gets around their constitution by funding vouchers with business tax credits. What money isn’t used by students is taken from education, and who knows, is used by the state for other things. Sneaky huh?

Here’s one of the best explanations for those still on the fence. 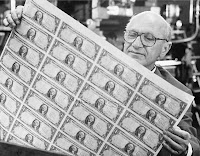 Sentinel Source: Have you ever heard of The Alliance for the Separation of School and State, where you sign a proclamation that says, “I proclaim publicly that I favor ending government involvement in education?”

The Alliance, along with the Cato Institute and a panoply of think tanks with cooked data, have brought us the proposed school voucher program over which our very own Legislature is laboring as we speak.

We hear school vouchers sold as school choice for poor kids, but the goal of the national movement that has landed in New Hampshire is to dismantle American public education. The quote from the movement’s godfather — Milton Friedman in “Public Schools: Make Them Private” — says it best: “Vouchers are not an end in themselves; they are a means to make a transition from a government to a free-market system.”

Our local property taxes fund our local public schools. And they’re accountable to us. Even people without children serve on the school board because it’s a community asset to be nurtured.

But the new program would fund school vouchers with business tax credits and, as the students left the schools, the state would take the adequacy aid back from the school districts. Our local schools would either shrink or our local property taxes would increase to replace the lost state money.

They would not be accountable for the results they got with our tax money. No testing. No reporting of any kind on academic results. No financial reporting. Remember, the goal here is to take the government money, but not the government control.

Who’s asking for this program anyway? The recent UNH Granite State Poll found that, by a margin of 2-1, New Hampshire voters — left, right and center — reject spending public money to send children to private schools. And public school parents are satisfied with the schools by a margin of 68 percent to 30 percent.
So our Legislature is not responding to some grass roots movement coming from within New Hampshire. It’s the Alliance for the Separation of School and State, in California, and the Cato Institute in Washington DC that want this for us.

We shouldn’t be fooled by the gauzy “school choice for poor people” sales pitch. We need to defend our public schools.