It wasn't the Great Recession that pushed people into poverty, killed jobs, it was Obama?

I wish I could forward this perfect example of “projection” to everyone who still thinks the Great Recession was caused by liberal policies and poor home owners taking bankers for a ride. Oh, and now we’re being told it's all Obama fault.

The following is the false narrative pushed by the right wing, summed up perfectly in this Marc Thiessen Washington Post piece. Even though everything written here was caused by the Republican Party’s platform of capitalism and deregulation, Thiessen isn't embarrassed to even bring this stuff up. It's the old Jedi mind trick: 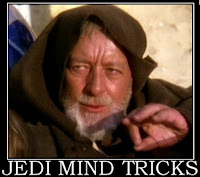 Republicans should be turning Obama’s income-inequality attack around on him. They should be saying: Mr. President, your policies exacerbate income inequality. Since you took office, 2.6 million Americans have fallen beneath the poverty line. Government dependency is at an all-time high. Nearly 13 million are unemployed, and millions more are under-employed — working part time because they can’t find a full-time job. Still others have simply given up on finding a job and dropped out of the work force entirely. Our problem isn’t income inequality; it’s income stagnation. The message should be: Mr. President, you’re responsible for this. You are making income inequality worse.

I know, it's breathlessly stupid. Some quick math; the number of Americans in poverty, who are dependent on government programs, is directly related to the Great Recession. That did happened, right? Corporate outsourcing of middle class jobs has also depleted the American work force, so it makes sense that it's harder to find employment. Oh, and Democrats predicted this.
.
That’s why this is a blatant case of projection;  a psychological defense mechanism where a person subconsciously denies his or her own attributes, thoughts, and emotions, which are then ascribed to the outside world, usually to other people.-wikipedia

In the alternate universe inhabited by the now all consuming tea party nation, wishful proclamations that they want to see everyone’s income rise is nothing short of insulting. Hey, thanks for the happy thoughts.

Unlike the president, conservatives don’t want to divide up a shrinking economic pie more equitably. We want to grow the pie so everyone gets a bigger slice. We want to see everyone’s income rise. And truth is, when the economy is growing, and incomes are rising, no one cares about income inequality.

Catch that last line? Like Obi-Wan Kenobi’s Jedi mind trick, “no one cares about income inequality.”
Posted by John Peterson, Democurmudgeon at 2/28/2012 11:04:00 AM