It's unsettling to know the truth now about the Republican Party's disinterest in trying to stop the gun carnage sweeping the U.S.. The community college in Roseburg, Oregon is just the latest.

Their outrageously ridiculous, but widely accepted solution - getting tough on mental illness - never materialized. Now, they're not even bothering to offer any hope at all.

In the WPR Joy Cardin radio interview below, Steve Prestegard, conservative editor of the Platteville Journal, said outright there is nothing we can do to stop these mass shootings, so why try. This echoes Carly Fiorina's throw-in-the-towel attitude about climate change. Majority Republicans no longer have to struggle for excuses, or even feign concerned anymore.

John Nichols counters Prestegard's shocking surrender with hope and determination that something can be done. Nothing exemplifies Republican politics today like the sharp contrasting discussion below:

UPDATE: This is now a national Republican trend. The days of pretending to help the public are over. Let's start with my favorite "solution" from Scott Walker:


Huffington Post: According to Everytown for Gun Safety, a group pushing for reforms to reduce gun violence, (said) it was the 45th shooting at a school in 2015. Everytown was formed in the wake of the mass shooting at Sandy Hook Elementary ... There have been 142 shootings at schools since December 14, 2012, the date of that incident. 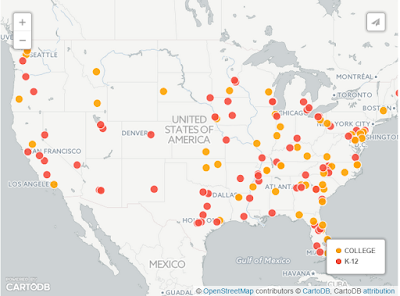 Republicans are not only content to let the gun carnage continue, but they are already letting people die by taking away their health care: 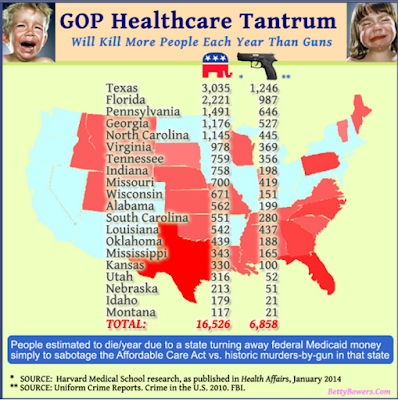