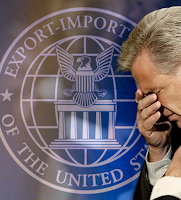 The Export Import Bank isn't really welfare either, since it just backs up loans to make trade possible, not costing taxpayers anything.

Getting their just deserts, in the heart of Republican country - Waukesha, the bleeding has begun: 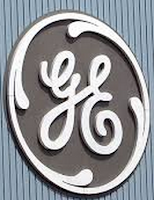 Waukesha Mayor Shawn Reilly has sent a letter to Governor Scott Walker, House Speaker John Boehner, Waukesha County Executive Paul Farrow, and the Waukesha Common Council — asking for the re-authorization of the U.S. Export-Import Bank. It’s a huge blow for the city of Waukesha
and (the loss of) 350 workers at its GE Power & Water factory, blaming Congress  The company notified employees and more than 400 U.S. suppliers of its plans. In Wisconsin alone, suppliers generate about $47 million in revenue from the Waukesha plant. GE officials are blaming the move on Congress — for failing to reauthorize the Export-Import Bank of the United States  ... “In many of the markets overseas, we must have that financing in order to even enter negotiations for contracts,” Shaun Wiggins with GE Power & Water in Waukesha said.

As I've highlighted in red, it's not corporate taxes killing the jobs in Waukesha, no matter how Walker and Paul Ryan insist it is. GE was very clear about why. If anything, this should be a lesson in spin for GOP voters. Here's what the bank does:


The Ex-Im Bank allows foreign governments and companies to get U.S.-backed loans to buy GE products ... 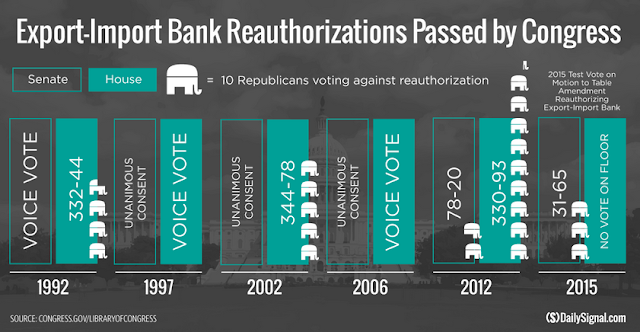 If the Democrats killed 350 jobs like this, you know what would have happened. But in fact, Democrats don't even have to kill jobs to be criticized for supposedly wanting to kill jobs with regulation, taxes and health care for all.

But Republicans? They can even double down in the face of actually killing jobs. In another example of Republican projection, Walker kinda admitted how his own party is using labor as pawns:


Gov. Scott Walker: “Unfortunately, I think (the jobs) are pawns in a larger political battle being played out in Washington."

Walker never saw the irony of the situation either. Walker's own mismanaged welfare program for state businesses, WEDC, doesn't even come close to the EXIM Banks reputation.

Walker couldn't get more clueless than this:

Walker: “I think it’s unwise for any corporation to be making decisions on where they place work based on one particular vote in the Congress,” the governor said.

Yea, just one vote that makes or breaks a companies ability to be a global player, that's all.

Rep. Paul Ryan doesn't care what companies are saying either. In fact, it's the same old reason Republicans oppose everything, "there are better ways..." Yea, isn't there always?


“Congressman Ryan remains opposed to the reauthorization of the Export-Import bank. He feels there are better ways Congress can promote economic growth; rather than continue with corporate welfare, we should be focused on fixing our tax code and reducing burdensome regulations, which are long term solutions to our economic woes.”