Now that the whole Planned Parenthood abortion video story is out there, it's time to look back. I've compiled the bizarre antics to this point. Imagine a Republican administration running the country from the alternative reality they've created just around this one issue.

The latest news should make every sucker who fell for Fiorina's big debate moment, question their party's deceptive tactics: 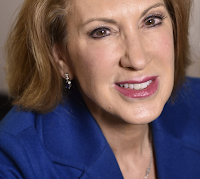 Ring of Fire: The video was released by anti-abortion activist (from) the Center for Bio-Ethical Reform, Gregg Cunningham.  Fellow activists, David Daleiden, had taken the raw footage, then used a voice-over from an entirely different procedure in which fetal tissue was being harvested for medical research. That voice-over had nothing to do with the events in the video clip, which by now, is known to be of a miscarriage – not an abortion.

Daleiden admitted that it was a miscarriage – but told CNN that it “didn’t matter” – as long as it proves his point. Egregiously, Daleiden did not have the distraught mother’s permission to film the event or use it. “We used it to illustrate exactly the kind of late-second trimester baby…fetus that we’re talking about in these cases of organ harvesting.”

In other words, Daleiden, Cunningham and the rest are perfectly willing to present blatant fabrications in order to advance their agenda. Furthermore, Fiorina knew that the video was misleading and depicted a miscarriage rather than an abortion.

In an amazing example of projection - pot calling the kettle black - Fiorina flipped GOP tactics upside down, blaming Democrats and the media for attacking her:


Fiorina accused the women's health organization of pushing "propaganda" against her while being "aided and abetted by the media."

Ah, shame on the media for covering the story, a story that made Fiorina a top Republican candidate for president? Wouldn't you know it, Fiorina is now poking at the media with an ad that keeps this story front and center:


Fiorina's campaign released an online ad that again includes the image, with the claim that "Carly Fiorina won the debate. Now come the false attacks." This, despite the fact that the baby was miscarried, not aborted, and that the image comes from a hospital procedure unconnected with Planned Parenthood. Pew Research Center found in a Sept. 22-27 poll that 60 percent of adults in the U.S. wanted a budget deal to maintain funding for Planned Parenthood. But among Republicans, 66 percent said any budget deal must eliminate the money — 78 percent among those who identify as "conservative Republicans."

The House Embarrassment Hearing: In one clarifying moment, Americans saw up close how Republicans can work the bullshit, as described by the Washington Post's Dana Milbank, and shown in a compilation of clips that will never be forgotten:


At this point Republicans may wish to consider aborting to protect the health of the party. Chairman Jason Chaffetz (Utah) made the startling confession that “without the videos, we can’t have a good discussion about them.” But we can shut down the federal government over them?

Richards said the chart “absolutely does not reflect what’s happening.”

“I pulled those numbers directly out of your corporate reports,” the chairman said.

In fact, the chart said the source was the antiabortion group Americans United for Life — which Richards pointed out to Chaffetz.

“Then we will get to the bottom of the truth of that,” the chairman said.

Chaffetz is following the radicalized GOP tactic of doubling down on the lie, despite good questions by CNN's Wolf Blitzer: