Is this really Wisconsin anymore, or just a backwater state of thugs? Will travelers be afraid to even drive through America’s Dairyland paradise? Correction, make that “Carryland” paradise.

I swear, if “Stand with Walker” voters don’t react to this, it’s all over. WSJ:

Campus Carry: GOP lawmakers want to allow concealed weapons in public college buildings: Analysis by the Legislative Reference Bureau This bill exempts any college or university in the University of Wisconsin System and any technical college from the law that allows a university or college to prohibit a person from carrying a firearm in any building on its grounds if the person holds a license to carry a concealed weapon.

You won’t even believe this mind numbing and irresponsible inclusion:

This bill also repeals the provision in the administrative code in which the University of Wisconsin System generally prohibits persons from carrying, possessing, or using any dangerous weapon on university lands or in university buildings or facilities.

Seriously? It's a WTF right wing moment of shear hostility.

The bill … comes less than two weeks after a gunman killed nine people at an Oregon community college. 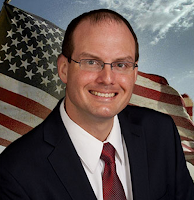 Blame the same guy trying to vilify and keep transgender kids out of restrooms in our schools; State Rep. Jesse Kremer, R-Kewaskum. Along for the ride, state Sen. Devin LeMahieu, R-Oostburg.

Elections have consequences, agreed, but I don't believe anyone expected this:

Kremer (said) that allowing students and others to carry weapons would be a "deterrent" to crime on and around campuses.

Several UW-Madison professors weighed in against the proposal on Twitter Monday. Professor Don Moynihan said, "(It's) hard to think of a policy that would make me feel less safe at work."

The worst way to respond to this outlandish idea? God this is so disappointing and so typical of the Democratic Party:

State Rep. Melissa Sargent, D-Madison, whose district includes the Truax Campus of Madison Area Technical College: “I don’t see how this adds to the safety on campus,” she said. “Having folks walk around with concealed carry doesn’t make me feel safer.”