Walker and Ryan don't have time for all the "smaller freedoms" Americans are losing.

A recent Tweet got my curiosity up enough to write the following post on the governing style of a true Rightwing Authoritarian sociopath like Scott Walker. This isn't a case of name calling, but instead a loud warning to voters who might want Walker to address their concerns someday. Popular support of certain issues, whether through polling or public protests, are of little concern to "Walker the leader."

Check out this International Business Times article from April 2012 about our supposed brave and "Unintimidated" governor: 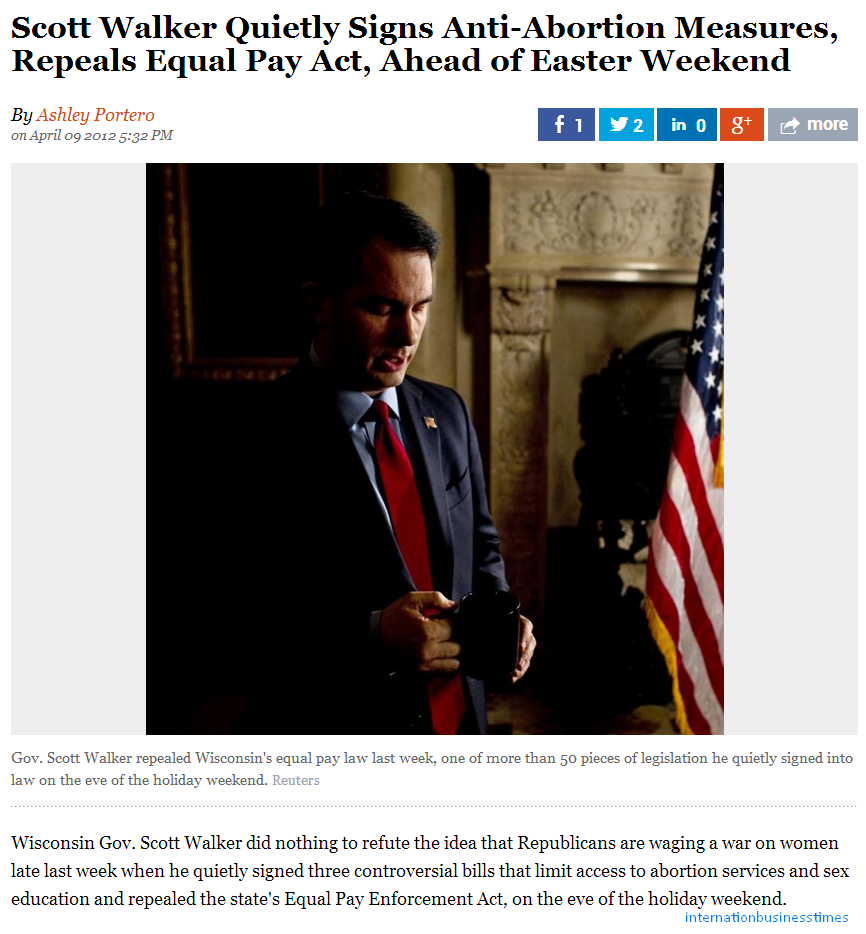 Walker's lack of concern is shockingly revealed in this WKOW Greg Neumann interview around Christmas. Walker doesn't sweat the little things, like women's health, because freedom stripping laws are simply media created controversies. Again, our incidental governor is not to blame:

Over and over again Republicans are very clear about their desire for absolute control, like this jaw dropping statement from Paul Ryan. Honestly, I can't get this one out of my head: