Walker will give us a Dollar for Four More Years! Promises No Growth Tax Cuts.

Apparently Scott Walker no longer thinks his campaign is benefiting from his recently passed tax cut bribe, so he's come up with another gimmick.

For our vote, he'll give us all just one dollar more to stuff in our pockets by 2018. Don't laugh, it's all part of sending a message that Wisconsin is headed in the right direction blah, blah, blah.... 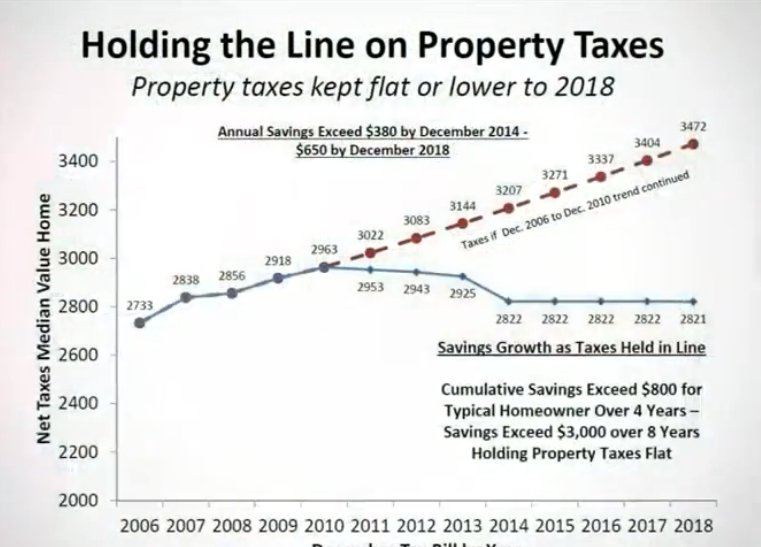 But what about local communities, how will they be able to handle the straight jacket caps handed down by Madison's know-it-all Republicans? Can cities and towns continue to make deeper cuts? Since those union busting Walker "tools" were just a one time thing, now what?

This isn't a growth policy, it's a tax cutting policy and path to the bottom of the barrel.


Wisconsin Taxpayers' Alliance President Todd Berry said, "The longer you have tight limits on local governments and school districts, the more likely they have done the easy or affordable, cheap things to hold the budget down. The longer it goes on the more the decisions become more difficult. If you keep those limits down, that's going to control the growth. The other thing they can do is increase state spending by increasing aids to schools or tech colleges, and they effectively buy down the property tax."

Magical Budgeting: So in reality, Walker will either buy down the property tax cut with more spending, or limit the growth of communities statewide. Neither sounds very responsible or desirable. WISC Channel3000-Jessica Arp: