Scott Walker, Paul Ryan, Dumb Ron Johnson put "health of state" over "well-being of people." It's that simple, and wrong.

If you’re like me, the purely ideological obsession to “balance the budget” and cut government down to size, no matter what, never sounded right.

The following may be that ah-ha moment for you. It was for me. 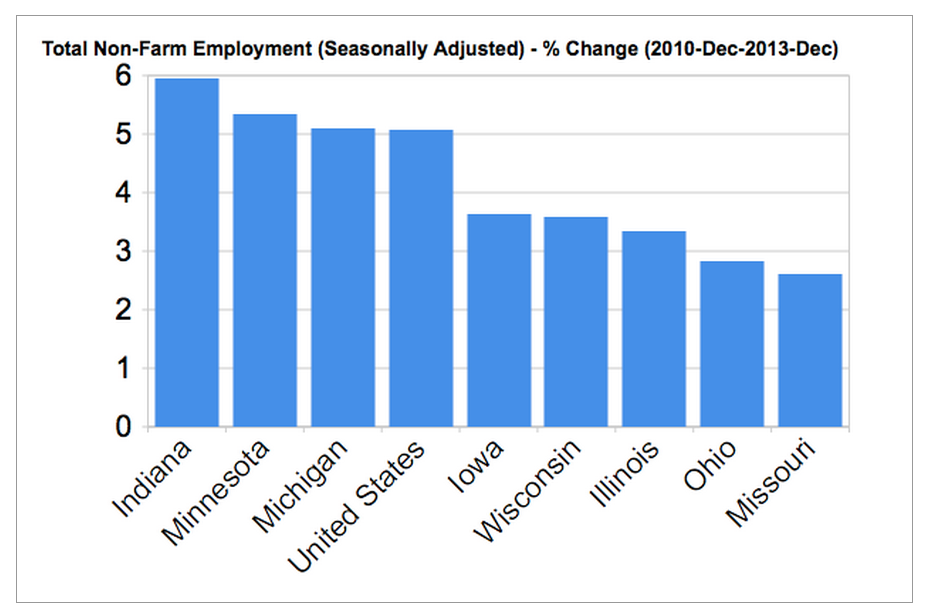 The American Spectator ran an article called “Wisconsin Thrives Under Scott Walker“ … the state is boasting a $911 million surplus, credited to “good stewardship of the taxpayers’ money.” I find these articles revealing because they show how the Tea Party mindset has affected the definition of success in Republican circles generally. Why has Scott Walker been a success in their view?

The actual people of Wisconsin take a back seat to that. A friend of mine in Indiana summed up the mindset when she noted that many people today equate the financial health of government with the well-being of the people in the state. This I think is the Tea Party mindset writ large.

As I’ve noted before, under Tea Party influence, Republicans have come to see government as purely a fiscal machine in which nearly the entirety of good policy consists in reducing the amount of money flowing through it. This is rooted in a single factor determinism view of economics. The fiscal health of government is no doubt important. But to determine if Wisconsin is actually “thriving” you need to look at statistics that actually affect people. So let’s do that. Scott Walker took office in January 2011. So above is the percentage change in jobs in Midwest states between December 2010 and December 2013 from the Bureau of Labor Statistics.I actually support many of Scott Walker’s reforms. What I object to is declaring victory when the budget is balanced. Big deal. You’re supposed to balance the budget. That’s just doing your job.