This flag waving Super Bowl ad from Coke provoked this amazing but revealing response. Only from the right wing:


Coke's stirring "It's Beautiful" spot featured Americans of all different backgrounds singing "America the Beautiful" in a variety of languages. Whether singing in English, Hindi, Arabic, or Tagalog, the ad's singers proved that America's diversity is one of its most important assets.

Sadly, many on Twitter appeared to differ, as social media was soon deluged messages of anger and ignorance directed at the commercial. 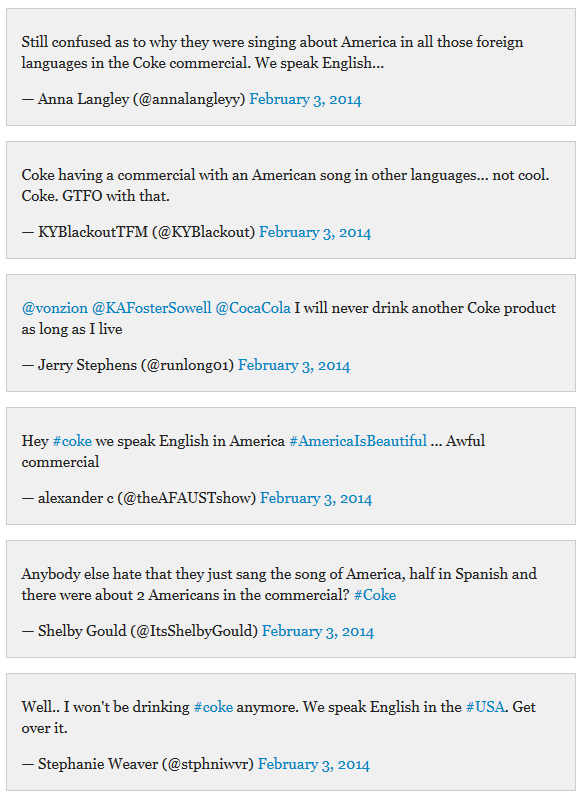