Electing our Governor, one out-of-state billionaire at a time...

Remember when Scott Walker tossed off the stigma of out-of-state donations by claiming billionaires had nothing to gain by helping him become governor? It was ridiculously funny back then too. 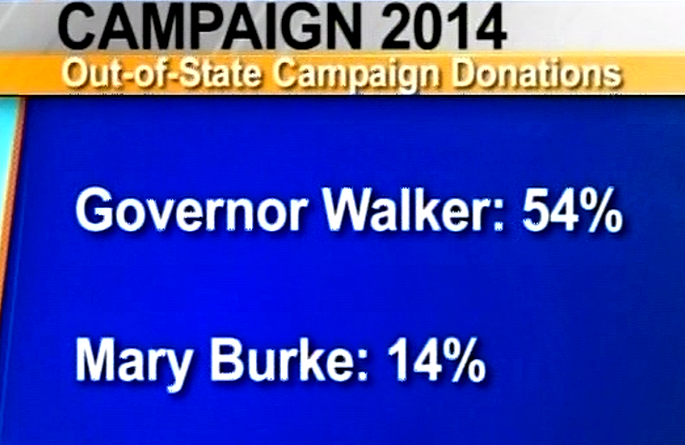 Walker even claimed many of the protesters around the Capitol in the winter of 2011 were from out-of-state, which delegitimised the backlash to Act 10 because of that outside influence.

And yet the majority of money coming from out-of-state billionaires and others last year, and a Walker meeting with one this week in Texas, is a sign of national support for his agenda. Imagine a Democratic getting this kind of money from out-of-state?

The report wraps up with a reminder that Walker was attending a fundraiser at the mansion of billionaire Harlan Crow in Texas.  Burke also commented on jobs and the minimum wage. WKOW: