I normally don't believe a thing I hear from the Walker Authority, but this time...maybe.

On the news that the state could end up spending lots of extra hard earned taxpayer money ending same day registration, it appears at least one tea party Republican to notice. That's at least something, but not even close to the idea that he might actually get it: 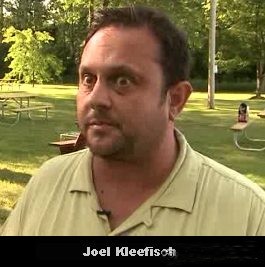 WSJ: Republican Rep. Joel Kleefisch, working on legislation to end same-day voter registration in Wisconsin said Tuesday that a new cost estimate of at least $5.2 million gave him "pause" about pursuing the bill.

Repealing the state law that allows voter registration on Election Day would cost the state elections agency about $5.2 million immediately, and another roughly $1.9 million every two years after that, while preserving some Election Day registration, a preliminary report from the Government Accountability Board found.

"We are stewards of the taxpayers' money," Kleefisch said. He added that he plans to meet with GAB director Kevin Kennedy to discuss the issue.