Conservative columnist Chris Rickert has at times offered thoughtful conservative opinions, which for me means, there’s hope for growth and maturity within the Republican ideological platform.

Thanks to Blogging Blue for finally getting me to post this piece, there are two important observations that cut to heart of conservatism that Rickert insightfully pointed out, one from UW-Milw. Governmental Affairs professor Mordecai Lee, and NRA board member Buster Bachhuber: 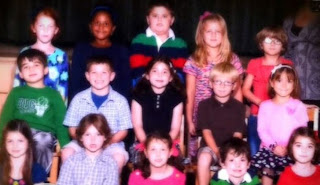 The Republican response to the tragedy in Connecticut so far follows a timeworn political pattern, according to Mordecai Lee … "By not commenting, they're just waiting it out."

Less circumspect was Buster Bachhuber, a member of the boards of both the state affiliate of the National Rifle Association, Wisconsin Force, and the NRA itself. From the emails going back and forth among NRA officials, it's clear there is no interest in tightening any gun laws, Bachhuber told me: "…maybe you just got to take your lumps when you're free" and accept that every now and then large numbers of people will be shot to death.

The fact that 20 children’s bodies were riddled with bullets is “taking our lumps?” Nothing more sociopathic than that.

But just as important is Mordecai Lee’s right on observation below, that I saw reflected recently in another stories comments section; a more liberal person gave multiple links to prove their point, while a conservative responded that he saw the same stories but disclaimed the sources and still wanted proof. I've been there and done that, so I no longer beat my head up against their “low information” responses. Which brings me to Lee’s point:

Which might sound harsh, but does at least get to the heart of what the gun debate is about for some people: belief, and, more specifically, beliefs about freedom. And, "when you're a true believer, events aren't evidence. Events aren't facts," Lee said, "because you have a belief that can't be overturned by any events or facts."