A few paranoid and not too smart Republicans voted against the Disabilities treaty in the Senate: 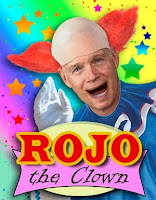 WSJ: Voting 61 for and 38 against, the Senate on Dec. 4 failed to reach a two-thirds majority needed to ratify an international treaty to prohibit discrimination against persons with disabilities. The treaty is modeled after the 1990 Americans With Disabilities Act (ADA), which guarantees equal treatment for the disabled with respect to employment, government services, telecommunications, public accommodations such as transportation and other "major life activities." More than 154 nations have ratified the treaty.


All votes against U.S. ratification came from Republicans, who argued the treaty could lead to the United Nations infringing on U.S. sovereignty and home-schooling. Supporters noted that ratification would have no impact on U.S. laws and policies and that the treaty could not form the basis of lawsuits in U.S. courts. Any proposed future impact would need advance congressional approval.

A yes vote was to ratify the treaty.

Thank you RoJo the Clown, for protecting us from some imagined threat to home schooling and U.S. sovereignty.
Posted by John Peterson, Democurmudgeon at 12/09/2012 12:56:00 AM