I know there's a market for this, sadly. From Coins of America: 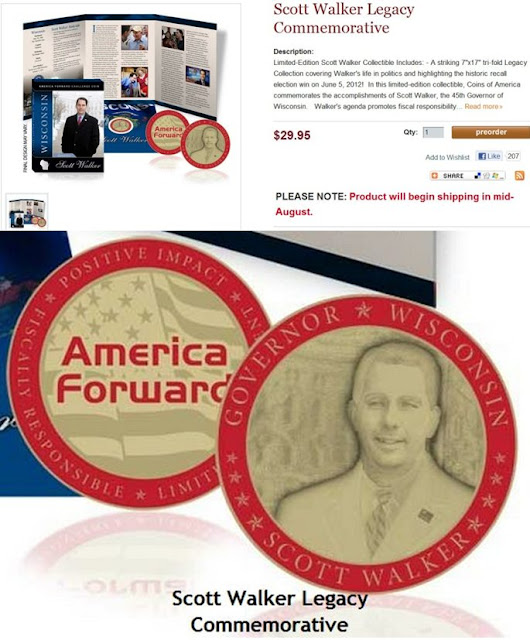 
Who knows what our recall efforts might have hatched, Politico:

Scott Walker has more political capital than any Republican in America ... Now he intends to spend it.

“A wise governor told me a long time ago, political capital you don’t get more of by keeping it. You get it by using it,” Walker told POLITICO this week.

The Wisconsin governor, who does not rule out running for president in 2016 after winning his June recall election, wants to help elect as many GOP candidates as possible in 2012.