Racine County Republicans biggest friggin’ whiners and losers. Could somebody find their pacifier?

What a bunch of authoritarian crybabies. Not happy with a wildly partisan flip in government, political attacks on unions; labor; teachers and firefighters, now they want their 21st senate district seat back because the boundaries have changed. Aw, poor things. You’ll notice the party is making the claim, and not one angry resident. 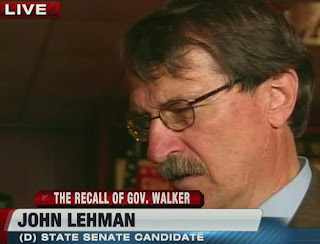 Caledonia Patch: Some residents who live in the new 21st Senate District didn't vote in the June 5 recall election and are now claiming they were disenfranchised, according to the Racine County Republican Party … county GOP Chairman Bill Folk said residents in parts of Racine and Kenosha counties feel a little cheated.

"Voters in the new 21st are truly disenfranchised because they didn't have the opportunity to cast a vote for who will represent them until 2014."

An attorney for the state Government Accountability Board, which oversees elections in Wisconsin, points out that this process takes place every 10 years. "A lot of individuals are now being represented by people they did not vote into office," said Mike Haas. "Theoretically, the Legislature would have considered this when redistricting." … the law said it would only apply for those conducted "concurrently with the 2012 general election" in November. "The language is plain about when the new districts go into effect," Haass said.